Over the years we have witnessed some of the most amazing car chases and almost all of the people who tried to escape ended up being caught by the police. But none of this could have been seen and presented to the public if there was not for the dash cams mounted on every police car. Namely, we take a look at a really intense police chase in which the police is after an Audi RS6. Even at the start of the video we can say that the police officers are aware that they are dealing with a very difficult situation hence the driver in the getaway car is losing his mind and does not know what to do. 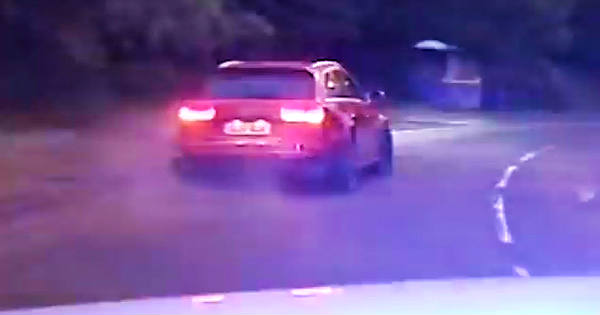 The driver even stops the Audi RS6 in front of the police cars, and then does something terrible. He drives backwards and hits them with his car, and he does this for couple of times. The police officers are obviously furious and they do their best to stop the getaway car. The chase takes place in Birmingham, England and the man drives through narrow streets and just manages to avoid hitting other cars too!

The officers even try to make the man lose control over the Audi RS6 by bumping into his rear side, but they fail. The car that was filming with the dash cam failed to catch up with the man and they stop after minutes of hard struggle. Another car proceeds and takes over the duty to catch the man! What do you think about this police chase?