The problem of pollution has affected the whole world and it is greater than ever. Every country should develop its own strategy to help protect the Earth and reduce the pollution. Cars, as being labeled the ones who pollute the atmosphere the most, have significantly improved their fuel efficiency and gas emission. But this Indian man had made a huge step forward and developed a driverless car that runs completely on water! He took advantage of a chemical process that produces gas and build the engine base in order to function like so. Though many of you might question its functionality, make sure you watch the following video and see how he came up with the idea and how the car actually works. 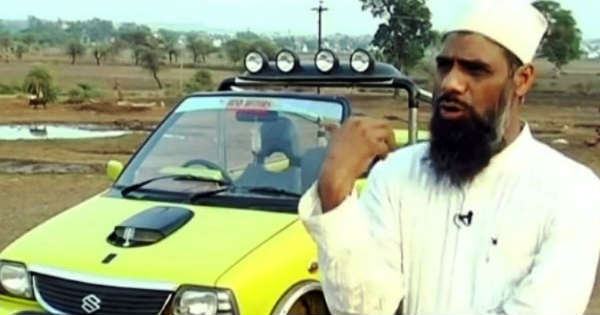 His name is Mohamed Raees Markani and come from Sagar and he was very concerned about the rising pollution of the Earth and decided to do something unbelievable about it. Though it might sound almost impossible to happen, the driverless car that runs completely on water actually does exist.

He combined together water and calcium carbide back in 2007 and once they come in contact and the reaction happens, they produce acetylene gas. His car has a 796cc engine and has a maximum speed of 50 to 60 KMH. Despite receiving some offers to work for great companies in China and Dubai, he decided to stay in India and build this piece of wonder all by himself. What do you think, should this concept become a mass production model?

Unbelievable! An Indian mechanic has invented a driverless car that runs on water! #OMGIndia