The BMW engine plant has been a wondrous sight for a while now – not just because BMW is a famous car manufacturer, but also because their cars have quality and sturdiness which can rarely be found on other cars with such consistency. 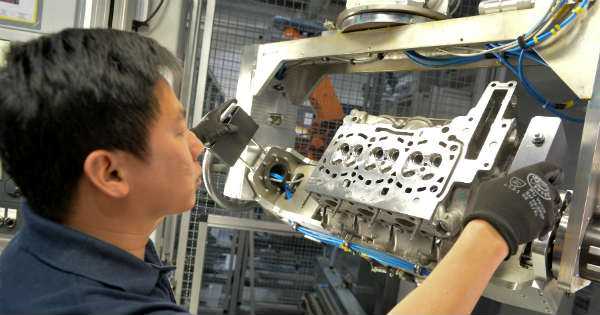 This video depicts an engine plant owned by BMW which creates every single part of a BMW engine, pieces it together and gets it ready to go in a BMW car and make some lucky owner very happy. Of course, the process is long and excruciating. First, they cast the engines in molds, separate the molds and the engine parts, allow them to cool and only then do some finishing touches. However, that`s just the beginning of the creation of your own BMW engine.

After that, the people at this BMW engine plant assemble the engines from all the freshly cast parts and send them to inspections throughout the factory, until they reach a point where they are perfect and fully according to specifications. They pass NEP performance tests and a bunch of others which make sure that the engine is ready to be placed in a car and sold with a guarantee.

Each and every part of any engine is carefully looked at to make sure that they`re all perfect and that there aren`t any mistakes which could possibly lead to cars malfunctioning, people getting hurt or even massive recalls. BMW has avoided that and if this is how they run their engine plants, it`s no wonder they have!

Finally, check out the list of all BMW engines.