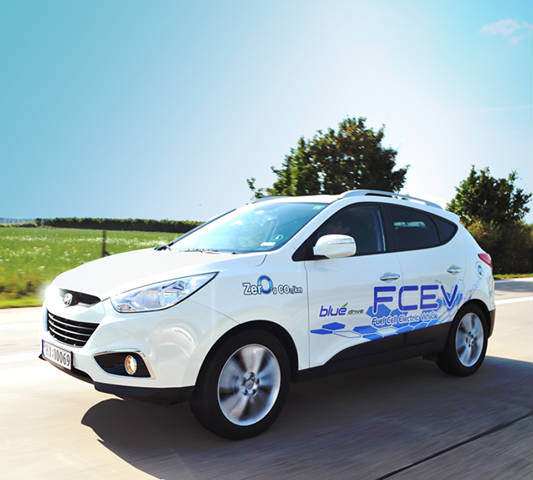 As it was announced before Hyundai Motor Company has delivered the first 15 of its ix35 Fuel Cell vehicles to the City of Copenhagen, Denmark. Hyundai Motor Europe handed over the vehicles during the opening ceremony of the first hydrogen refuelling station in Denmark.

The 15 Hyundai ix35 Fuel Cell vehicles are the 1st assembly line-produced hydrogen-powered vehicles to be introduced in Europe.

President of Hyundai Motor Europe, Mr. Byung Kwon Rhim said that Hyundai is committed to fuel cell vehicles as the European future like a realistic solution for the sustainable mobility needs of the region.
As it`s already known the Hyundai ix35 Fuel Cell produces no CO2 emissions but only water vapour so it will help the City of Copenhagen to become carbon-neutral city by 2025.

This Fuel Cell vehicle accelerates from 0 to 100 km/h in 12.5 seconds and its top speed is 160 km/h. This car can pass 594 kilometers with a single charge. Maybe the most important is that can be refueled with hydrogen in few minutes.