The red Tesla Model 3 looks great from the outside and inside of course, where you can find some very interesting features… 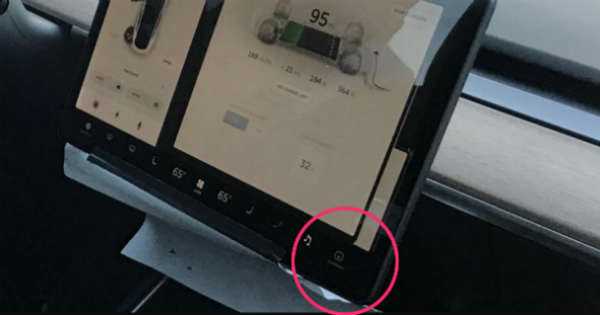 The Tesla cars are the pinnacle of widespread environmentally-friendly technology nowadays, and for a good reason – those things are built with incredible professionalism and great attention to detail, making sure that every nook and cranny is perfectly positioned and calibrated. If it isn`t, you can always fix it. That`s all in the future though, since this car is just getting released now and will, without a doubt, run smoothly for a very long time before anything happens to any of the cars that are being put on the road.

That being said, I can`t wait to see what the new model has in store for us. Personally, I`d like to get a little red Tesla Model 3 and just enjoy the ride for days on end.

This video shows us some of the hidden features on the new Tesla – like all other modern vehicles, it has some adjustment buttons on the seat which move it in all directions.

Also, on my little red Tesla Model 3 there`s going to be electronic rearview mirrors, because heck it`s 2017 and Tesla knows I don`t want to pull a lever every time someone nudges my rearview mirrors.

Basically, everything on the new Tesla is put into one single control panel in the form of a giant tablet, right in the middle of the dashboard. This includes speed, power left, doors open or closed, two-zone climate control and a bunch of info for the driver.

In the back, there will be some air vents, USB ports and door bins in the doors, which was not a feature until now. All in all, an awesome ride!

At last, here are the best features of Tesla Model S P85D!