We have been through tons of interesting videos that managed to grab our attention for hours and hours, but nothing get better or more amusing than the story behind how Jesse James stole Scott Hamilton`s Porsche and stripped it down to bare minimum. Namely, Scott was a guest in the Graham Bensinger`s show when he was asked to watch a short message video. Funny enough, Jesse James was in that video and asked Scott Hamilton which his favorite color Porsche was. Scott laughed so hard and then shared his story with everybody. 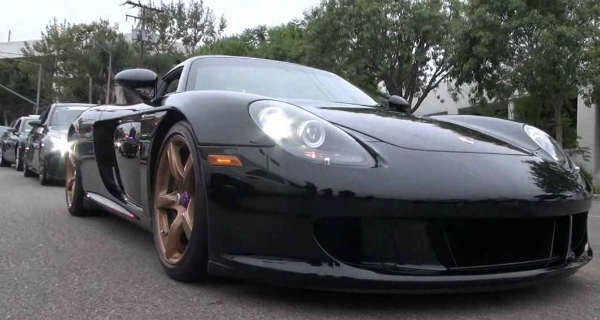 Namely, his very first car that he ever got was a green Porsche Targa with the help of his friend. He moved around with the car and he simply loved it. But one day he went to San Diego. He had just done couple of things to touch up the Porsche and it looked in absolute pristine condition. But the next moment he got back, there were just tiny pieces of broken glass on the place where his car was and he immediately realized that it was stolen.

Years after when he was in Memphis, he got a call and was asked whether it is true that Jesse James took his gorgeous Porsche and stripped down every part that he later on used. Scott Hamilton was not even mad about hence Jesse James, as he states, is going to be his all time favorite thief.