We live in a time where thieves are omnipresent and the danger is hiding behind the corner all the time. Most of us assume the living outside the city will guarantee safety, at least to some extent, but this is all wrong because even though the frequency of people in the streets is less there are still some thieves who are roaming during the night and will try to steal truck tailgate. What you are about to see in the following video is very controversial and it will make you upgrade your security system in order to avoid these situations. 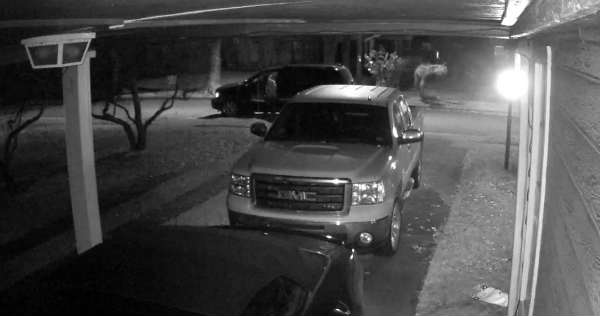 Namely, we see footage from a CCTV camera that is mounted in the front yard in this house. We can clearly see their semi truck parked in front of the garage. The footage is from the beginning of this year and there is literary no one out due to the cold except for one another car.

The car can be seen just driving across the street at the beginning of the video. But then a strange thing happens and the car reverses and stops in front of the semi. The thief had one thing in mind and that is to steal truck tailgate. The most shocking aspect of the video is that he does that so smoothly and without any problem. It takes just couple of seconds before he takes the tailgate with him and leaves without anyone noticing him. What do you think; did the police actually manage to catch him with the help of this footage?