Having heard all sorts of stories lately and been shocked by each and every one of them, one might think that nothing in the near future is going to do the same, right? Well, if the story that you are about to hear now does not get you shocked, then we do not know what might. Namely, John Cena might be in a big trouble after he sold his powerful and extremely rare new Ford GT. Only 1,000 such cars were made and getting your hands on one must be a privilege. Well, this is not something that John Cena had in his mind when he decided to sell the car soon after he got it. 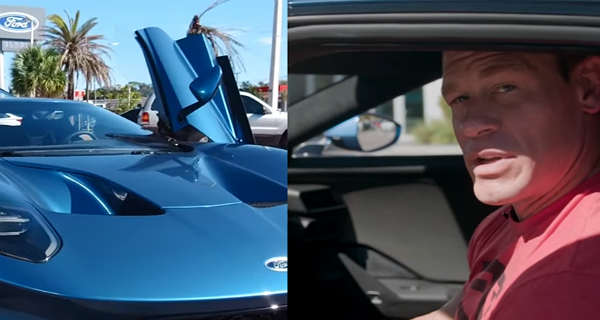 But this is something that Ford was not hoping for hence in their contract, John was obligated to keep the car for at least two years. No matter how shocking it might sound, but as it seems, selling a car can get you sued. According to Ford, John Cena made a massive profit by selling the 2017 Ford GT, which has a starting price of $500,000.

Namely, this was one of the main reasons that made then to file a lawsuit in the U.S. District Court in Michigan. Though there is no precise information about how much money could have John Cena got from the sale, we can only assume that the profit was indeed massive, probably over millions and millions of dollars.

What do you think about this situation? Please share your thoughts.