The new episodes of the television series Wheeler Dealers are ready. Fronted by Mike Brewer and the mechanic Ant Anstead with the premise of the show where these guys are on a mission to save repairable enthusiast cars. They are improving or otherwise repairing a car model of a particular make to a certain budget and then selling the car to a new owner for a better price. We are pretty sure you don’t want to miss the most requested car in the history of this amazing car Tv show. The Ford Escort RS Cosworth will be featured on the Premiere of Wheeler Dealers on October 4th 2017! 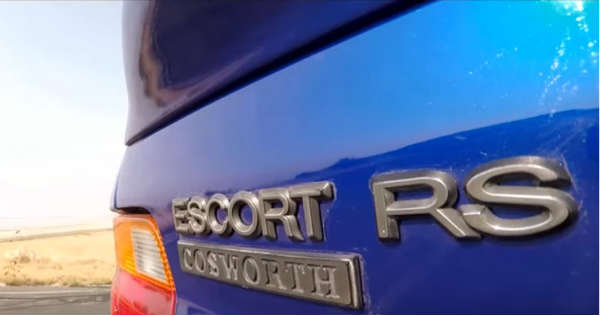 The Ford Escort RS Cosworth is a sports version of the 5th generation of the European Ford Escort. It was actually designed to qualify in the World Rally Championship in a Group A from 1993 to 1998. It was produced as a road car from 1992–1996 in very limited series. Ford Escort RS Cosworth was very recognizable due to the large rear spoiler. There was a Cosworth YBT engine 2000 ccm engine with 230 PS and the best tuning companies managed to power outputs more than  1,000 horsepower from this engine. This Escort was very well known for its great handling in the corners.

Less than 15 vehicles from this kind was registered in the USA and Mike managed to buy one of them and bring it to their shop. Check out the Wheeler Dealer trailer with the wonderful and pretty rare 1995 Ford Escort RS Cosworth.