As car lovers, we all love restoring cars or at least trying to keep them alive for as long as we can. Due to this never ending love, it hurts us when we see classic vehicles being thrown away and rusting in the bushes. These people were lucky enough to come across such classic vehicle. They tried to save the life of this rusted Fiat 642. If you are not familiar with the Fiat 642, all we can say is that this truck reigned Europe when it was introduced for the first time back in 1952. 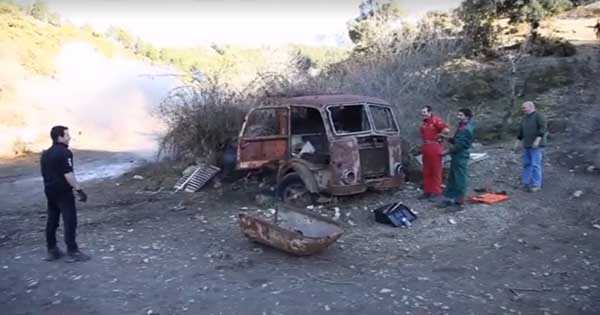 So when these guys found such truck rusting away and being stuck in the bushes, they thought that it was for some action. It was in terrible condition, there were lots of missing parts and the bushes had over grown him.

But their determination and hard work was enough to get things going. After they managed to take out the Fiat 642 from the bushes, it was time to see whether they could power up the engine. After hours and hours of hard work, this mighty vehicle was heard roaring once again which pleased everyone. They even managed to drive the truck for some time. Despite its devastating look, this awesome machine still remained to be in use. Restoring it will probably take lots of time, effort and money but it is going to worth it. Check out the video for more and see how the Fiat 642 actually looks like!

At last, check out this `64 Harvester RC Truck doing magic!