Even though the car manufacturing world has seen some massive progress over these couple of decades, there are still some people who try to take advantage of this and make some profit. We have heard dozens of awesome stories of people turning their cars into something awesome and unique but these guys from Thailand do something different. Their job is to create and build some Fake Supercars of some of the most well known car brands in the world like Ferrari, Lamborghini, Aston Martin & many more… 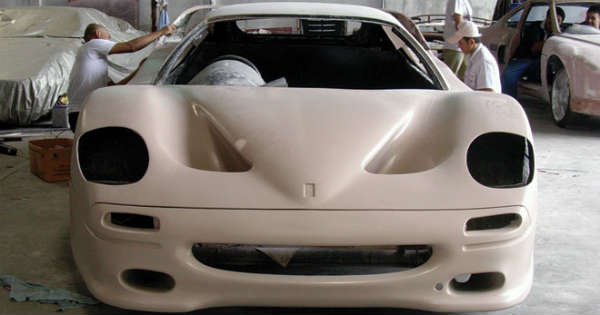 We take a look at this short video in which some of their models are presented but that is just a tiny fraction of what they really have. The translations is in Thailand so we cannot understand much but sometimes words do not tell as much as these utterly awesome replica cars. They are currently working on a project in which they are going to make an exact replica of a Lamborghini, Ferrari, Aston Martin… that really does look very similar, if not the same as the original one.

They are doing a great job and it seems that they are going to make some great profit and take advantage of the massive progress and the high prices car manufacturing companies are putting up for their latest models. This means that not everyone can afford to buy a new and original one so purchasing some of these replica cars might not seem like a bad idea after all.

What do you think; would you ever dare to buy Fake Supercars like this?