Tesla’s car autopilot is so smart! Another proof right here! 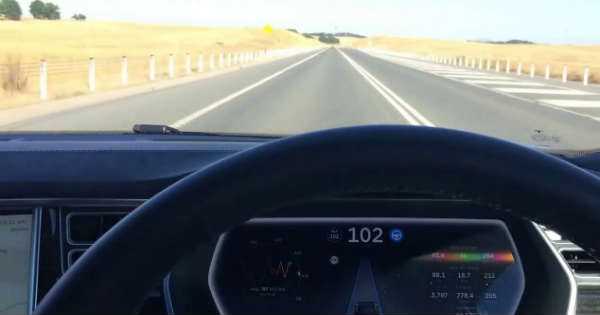 The automotive technology is constantly progressing and the car manufacturer Tesla, always finds itself at the very top of this technology, especially when it comes to the autonomous technology. As the future of the automotive technology is electric powered vehicles and autonomous driving, Tesla are in a very good place for the future indeed. Speaking of autonomous technology, Tesla is the company with the biggest advancements yet. They have set the benchmark for other car manufacturers to catch up. This car autopilot technology, all though still in development, have given the car the ability to drive itself. Meaning that all human interactions are not needed anymore in order for the car to be driven. This may free you some time to do other things instead being constantly occupied behind the wheel.

Well, sorry to spoil your fun but it looks like Tesla`s onboard equipment just won`t allow you sleeping behind the wheel. Now, we don`t know exactly why this is the case. It may be some government regulations or it also may be that Tesla was advised by their legal team to not to do that because it can hurt the company in a particular scenario.

For more interesting facts about Tesla’s autopilot, check out this link.