Ex F1 World Champion, Nico Rosberg, decided to retire five days after winning the world title. However, it took an entire 25 years of very hard effort in order for Nico Rosberg to make his dream come true. He managed to win the world title in a very dramatic last-race showdown in Abu Dhabi. He proved he can be a worthy champion after defeating Lewis Hamilton who is arguably one of the best of all time. In this one, we go further back in time when Nico Rosberg had another powerful teammate in the seven-time world champion – Michael Schumacher. 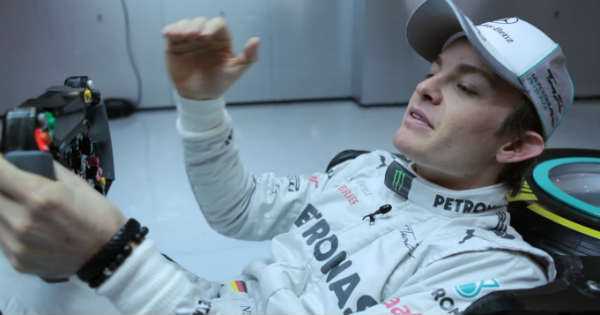 The video was filmed in 2012 and Nico explains his racing position. Now, it is obvious from just looking at an F1 racing car, that the racer is laid back and very low in the seat. However, in F1, and everything else for that matter, this can be taken to extremes. If you ever wondered what it is like handling such a difficult driving position, wonder no more. F1 World Champion, Nico Rosberg, thoroughly explains what it is like in complete detail. Nico explains everything from coping with terrible comfort issues that are 5G to the small window of visibility.

He explains the considerations and compromises that every F1 driver has to make when it comes to his seating position. This is a very unique opportunity for every one of us who haven`t driven an F1 car to see a very important experience of a Formula One pilot. Nico even goes to say that you can`t put too much foam in the car because it makes the car heavier. Yeah folks, foam in F1 is heavy.

At last, click here to read an interview with Bernd Maylander -- the F1 safety car driver!