When it comes to legendary and classic cars, the Porsche 911 is among one of the finest of them all. 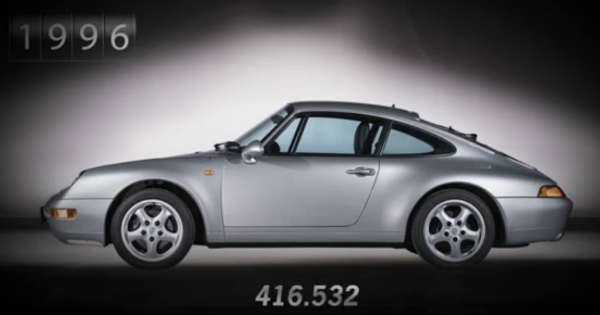 Literary any human being on this planet is able to recognize this classic model, something not every car can be proud of. The numbers says it all. The Porsche 911 was first launched in 1964 and has remained in production to this day. In the following video you are able to see head to head comparison between their first and latest Porsche made. Namely, Porsche marks a truly remarkable milestone i.e. their millionth Porsche 911 has just been produced from their Zuffenhausen production line in Germany. But has this legendary car been always the same? In fact, not lot of things has been changed from the basic concept first made in 1963.

There are two doors and the classic engine at the back. This unmistakable figure has remained the same ever since 1964, but what about its engine? Well, things have changed a lot when it comes to the Porsche 911 engine. They used to have a 2l six cylinder engine with 96kW and 174Nm back in 1964. Whereas the current one is a 3l turbocharged six cylinder engines with 272kW and 450Nm. They are able to go as much as 300kmh.

Before you go, check out the 10 best Porsches of all time.