Beware Mercedes S-Class, because if this luxury Land Rover Sedan comes to realization you are in big trouble. For nearly seventy years, the British manufacturer, Land Rover, has entrenched itself as the leading car manufacturer of both rugged and luxury off-roaders. However, in a couple of years, Land Rover has the plans to diversify their line-up with the brand new luxurious Road Rover range in order to compete with Mercedes and their S Class. The first model in their new line-up probably won`t be a luxury sedan. Instead, they plan to release an all-electric wagon-style vehicle that will possess all-terrain capabilities. 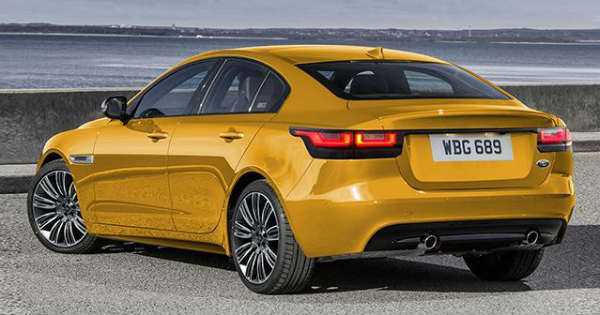 Nevertheless, one rendering artist decided to make a concept of how the Land Rover sedan might look like. His imagination is pretty powerful, indeed. The rendering artist is from Brazil and goes by the name of Kleber Silva. He has neatly used Jaguar`s XE as the base and took the Velar`s front face in order to make a sporty Rover Velar sedan. The front fascia seems undeniably awesome and the Velar`s grille in a rectangular shape with LED lights look awesome as well. The large quantity of air vents are very great looking and aggressive. However, we think they are a bit unnecessary as the final product will most probably be electrified.

You can also notice the velar`s wheels implemented on this version together with the slim taillights. We think this is a very interesting study as to what the Land Rover Sedan might look like. However, we will know for sure at the Los Angeles Car Show in 2019 to see what British manufacturer has in mind. For the time being enjoy these fascinating renditions by Kleber Silva.

At last, check out the top 10 most expensive minivans.