The legacy some car manufacturing companies have left is immense, hereby as soon as they make a model that is loved by many people, the car company keeps on making new versions of it in order to satisfy its customers. One such American muscle car that is recognized in the world as one of the best muscle cars ever made has to be the Chevrolet Camaro. Hereby, we take a look at the evolution of the Camaro starting from their first model made in 1967 all the way to the one scheduled to hit the market in 2018. 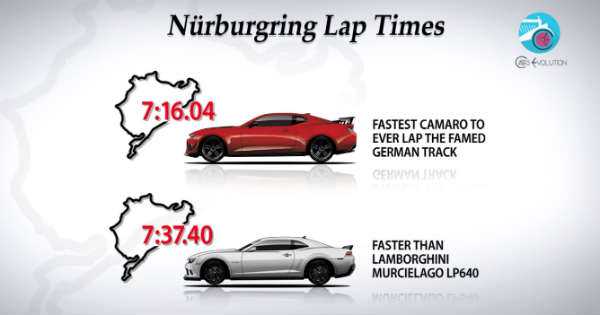 First things first, we take a look at the 1967 Chevrolet Camaro SS. This beauty had 295 HP and you could buy it for $2572. It had a 350cid V8 engine and the car came in three different packages. Next up we take a look at the 1968 Chevrolet Camaro Z/28. There were couples of changes that this car had than its predecessor. There was a downgrade in the power and it came with 290 HP. The side vent windows were taken out and the front grille was more pointed.

Lastly, if you want to find out more about the 2018 Camaro, visit the Chevrolet official website!