The one of a kind relationship between Corvette and Callaway Cars have started in 1987. From then until today, Callaway Cars is the only firm who has Corvette`s performance modifications as a standard production option package. The benefit that buyers have from this is that by choosing B2K option, they are getting substantially reworked twin-turbo Corvette, a true rival to some of the fastest cars out there like Ferrari, Lamborghini or a Porsche. From 1987 to 1991, 510 units of the iconic B2K Callaway Twin Turbo Corvettes were manufactured. Now let’s take a look at the 25th anniversary Corvette.

When 25 years had past, the company`s founder Reeves Callaway decided that the best way to celebrate this occasion was to built 25 very special 25th Anniversary Limited Edition Callaway Corvettes. Each of these cars started as a Grand Sport convertible or Grand Sport coupe and all 25 units were assembled in the Bowling Green Assembly Plant, two years ago on April 5. Convertibles got cloth tops in black and the roof of the coupes was with a Carbon Flash hue and halo panels. And from the assembly line in Kentucky, they were transported to Connecticut, into Callaway`s facility in Old Lyme.

There, in Old Lyme, cars had their bodies modified with carbon fiber components with a usage of a special technique -- a proprietary epoxy resin infused/transfer molded. Thanks to the carbon-fiber aero package, the consistence of a front splitter and a rear spoiler, stability and handling on high speed was enhanced. And in order to emphasize that it is a special edition, all Corvettes had 25th Anniversary fender emblems fitted, along with graphics etched on the windows and special B2K serial number under the hood.

With the exception of two that were ordered with a 3LT interior package, other 23 units of Callaway Corvette received complete 4LT kit. There is embroidered Callaway logo on the floor mats, steering wheel is wrapped up with Alcantara and carbon-fiber trim, as well as the shifter and emergency brake. The 25th Anniversary designation was also placed on the doors, and B2K serial number on the bottom of the center stack. 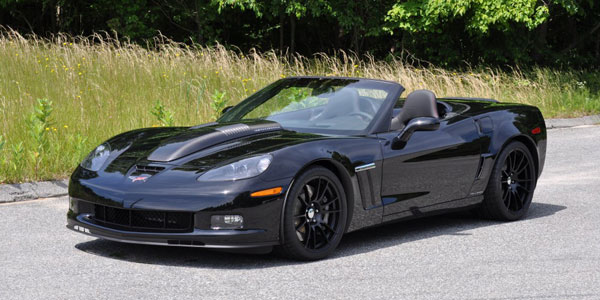 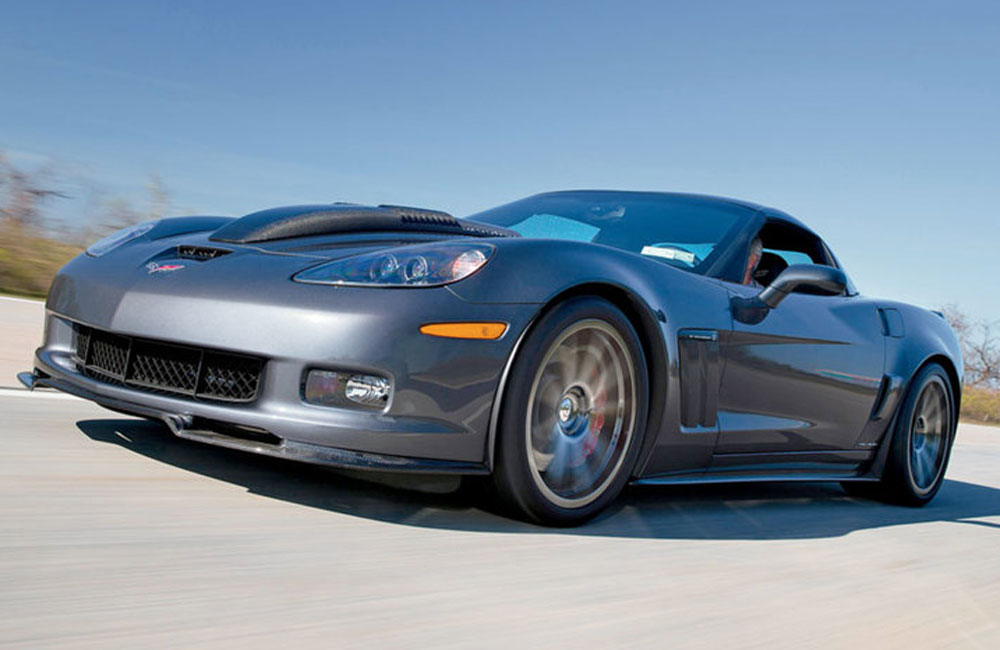 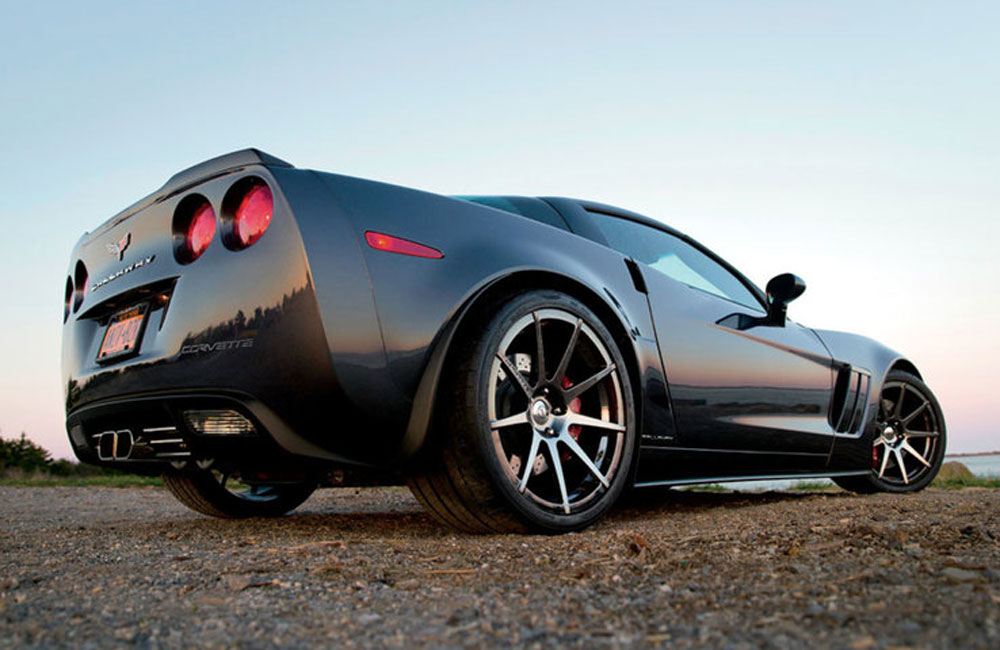 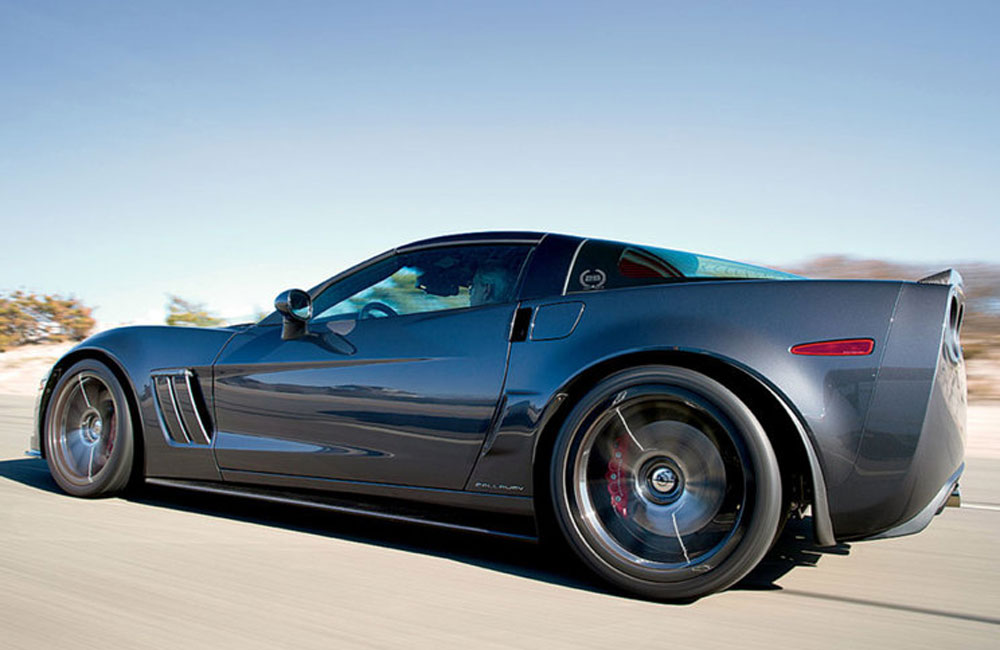 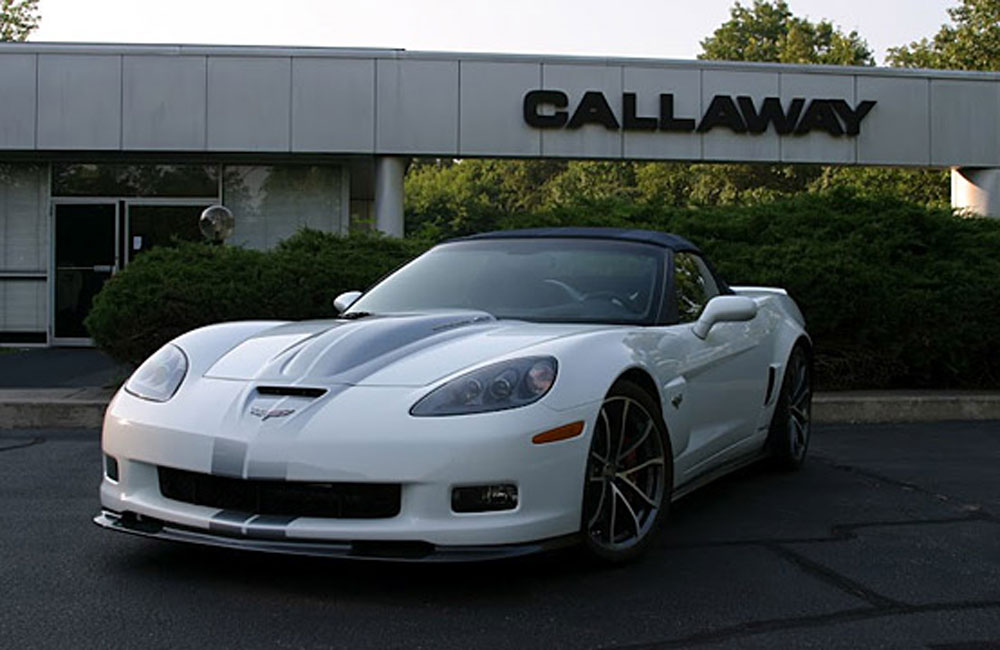 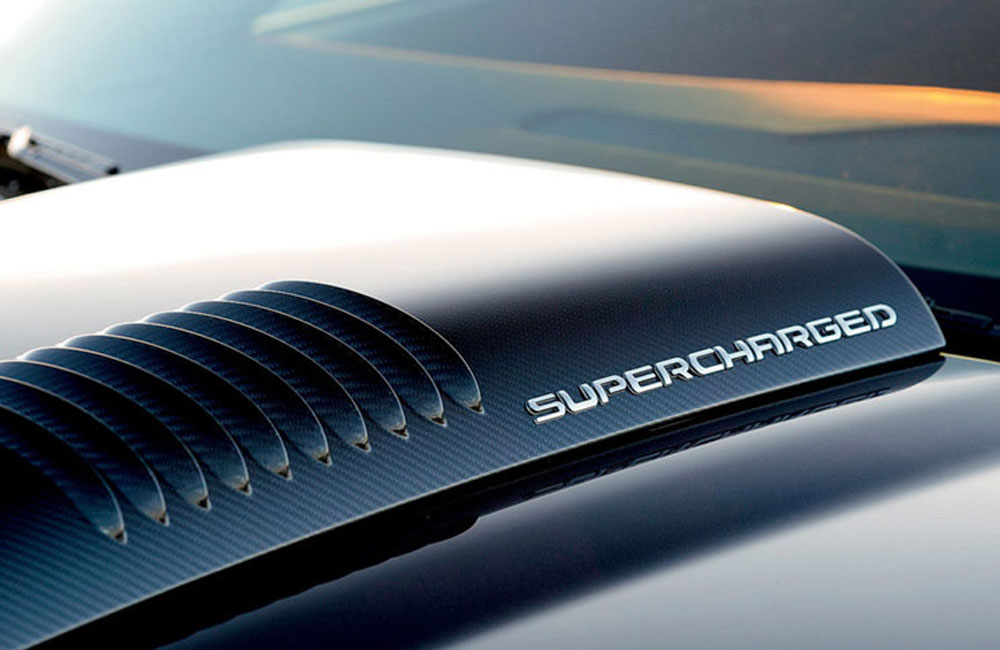 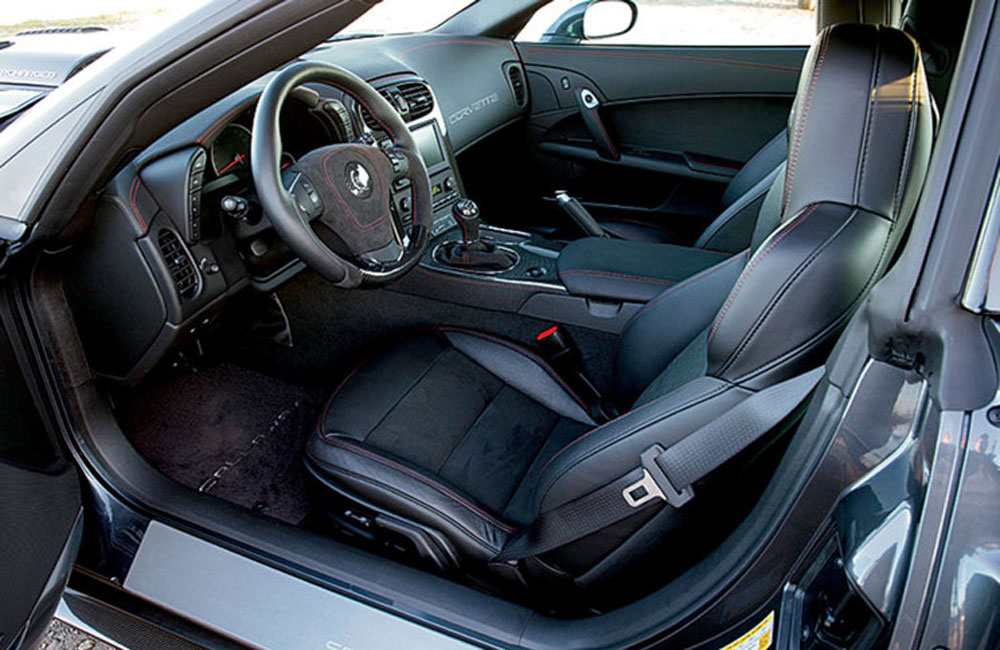 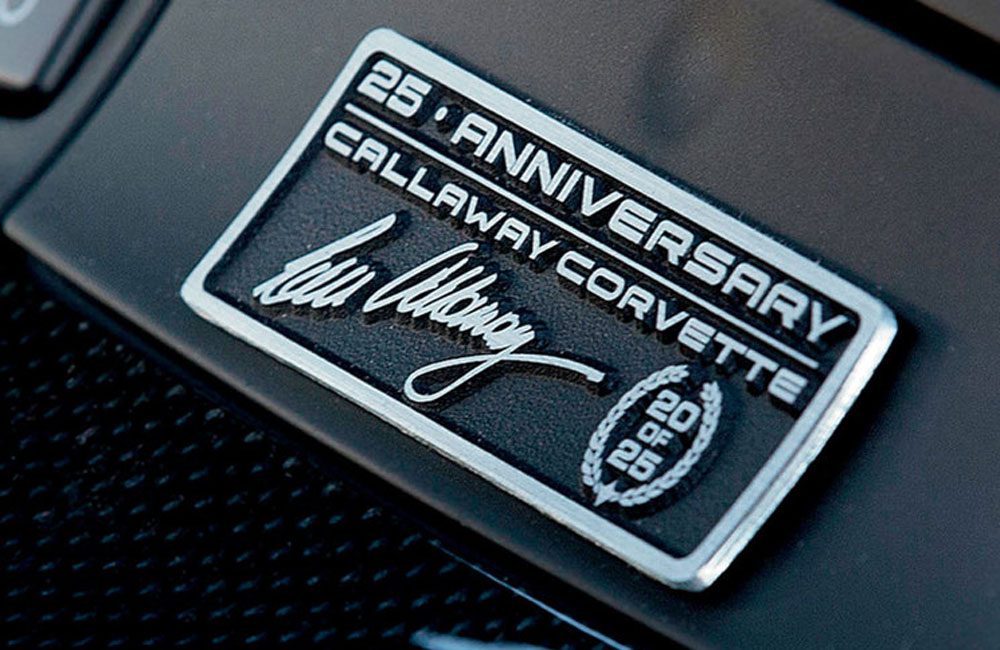 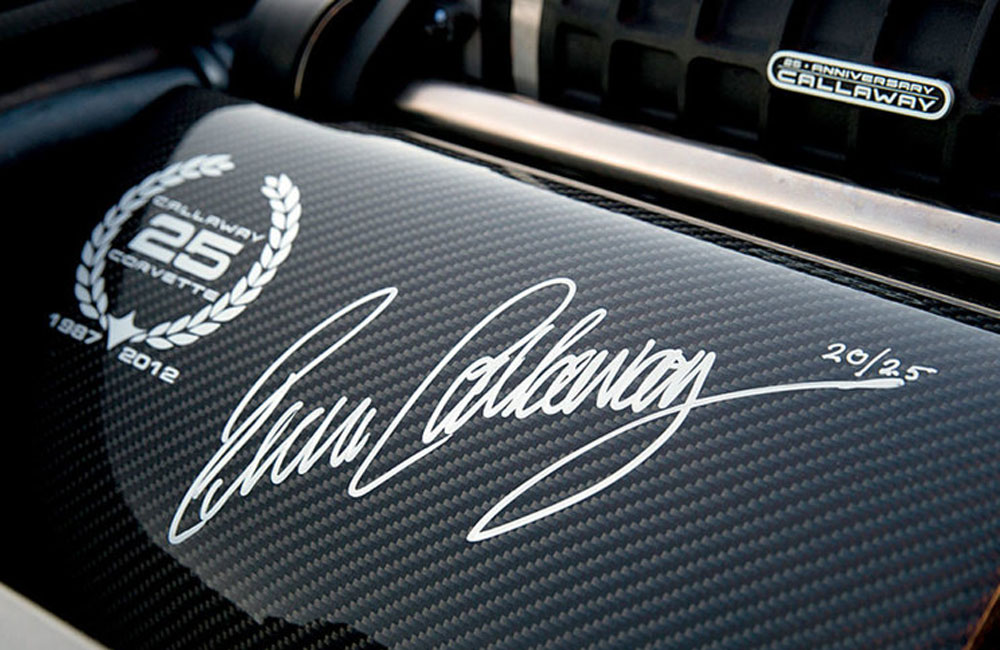 Under the hood of this pride of American engineering, there is a Eaton TVS 2300 supercharger system and with the skills of Callaway technicians, LS 3 engine`s output was increased from 430 to 620 HP and the torque power went from 400 to 555 lb-ft. The standard intake manifold and exhaust were replaced with a Callaway Honker intake and Double D exhaust system, as well as the stock head bolts with a high tensile power studs and nuts. There is also aluminum 1.80:1 ratio rocker arms, more powerful push rods, stiffer valve springs, new fueling system with a high-flow fuel pump and bigger and stronger injectors – all courtesy of the 25th anniversary Corvette Callaway engineering.

On the other hand, there was not much room (or reason) for improvement of the stock C6 Corvette chassis, but yet, Callaway`s guys sprinkled a bit of a Callaway pixie dust on it. Using their big experience of testing and racing at the Nürburgring, together with Bilstein, they have developed very finely tuned damper assemblies that were matched in sets of four and got a unique serial numbers for each of the 25 Corvettes. At the end, after enveloping a small doze of black chrome, wheels were shod with Michelin Pilot Sport PS 2 ZP and Pilot Sport Cup tires (285/30 ZR 19 at the front and 335/25 ZP 20 on the rear).

At the end, it would be safe to say that this 25th anniversary Corvette does not come cheap. With all of the additional packages, like the B2K, added in the price of the Grand Sport coupe, we are coming to a figure of $ 109 880. But as you can (probably) imagine, even by the end of the first day, all 25 units were long gone. And if pictures and everything abovementioned do not explain to you why is that, just watch the 25th anniversary Corvette and everything will become clear in a matter of seconds.

You can buy some of these cars or rent anything from old timers to the newest models on this site! Click on this link!