When Fast and Furious is mentioned, the first thing that comes to one`s mind is great cars. Well, actors indeed have some benefits regarding this, because they do not only imagine these cars, but they get to drive them. Vin Diesel`s new “toy” is the 1963 Chevrolet Corvette Grand Sport in his new movie. Mongoose Motors was responsible for the vehicles featuring in the most recent Fast and Furious edition, so they made five copies of this vehicle and the one to survive the shooting is surely the one which will be bought by a hell of an affluent and persistent applicant. The Corvette Grand Sport will be among the first cars appearing in the film along with GT40 and Classic 1971 Pantera. Of course, there will be many more cars included in the film, as for example the 370Z, the LFA, the CCX and the Porsche GT3.

Exterior and interior of the Chevy Grand Sport!

The Grand Sport copy was based on an Corvette`s chassis from the 4th generation of 1963 Chevrolet Corvette, but according to the design it is far more similar to the Grand Sport model placed on the market in the 1960s. If you analyze the details you will see that Mongoose has done a great job in copying the old model.

The biggest aircraft engineering company, Altar engineering is responsible for the GS frames, while the suspension system is taken from a 88-96 MY Corvette and has accommodating rear and front coil. Every other element such as the hood, the doors and the deck are fully customized to be completely suitable to the whole design of the 1963 Chevrolet Corvette car. 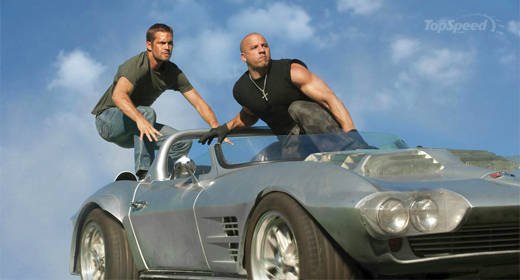 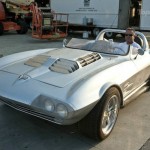 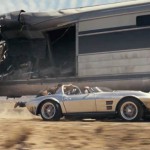 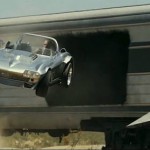 Powertrain
Mongoose Motor decided not to deprive this vehicle of the engine it deserves to have. Therefore, they put an 502 cubic inch GM V8 engine able to produce power of 502 hp that will justify the title of the movie called Fast Five. However, the previous Grand Sport model had a more powerful engine, i.e. 377 cubic inch, all aluminum engine that featured 4 Weber side-draft carburetors and that had ability to produce 550 hp.

For Those Who Want to Buy it!
Usually cars made for movies are not to be sold, but this time it is different. Mongoose Motors created cars especially dedicated to the movie screen, while you can have the company built such vehicle for 69,995 dollars with the powertrain excluded from the price. However, if the movie is not such a success, the cars used in it may be sold.

Finally, you can find out more about Fast And Furious five cars on this link!