When it comes to remaking some incredible cars from the past, the world has seen some absolutely amazing concepts and models. Moreover, there are some car models that have been doing so well on the market and that have satisfied so many customers that their production has not stopped to this day. The world went simply nuts when the production of the Porsche 964 was announced back in 1989; hence it took the Porsche 911 to a whole new level. There were many aspects that made the car much better, much faster and more advanced that most of the cars in that time. 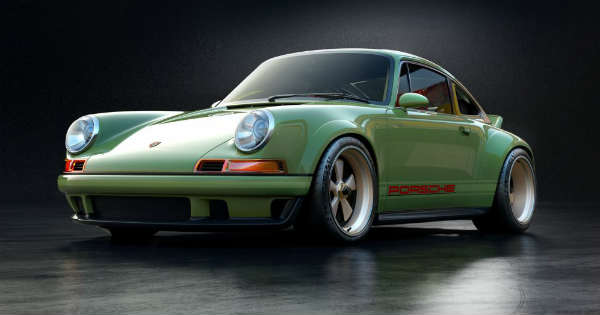 But now, almost 30 years later, we take a look at a completely brand new Porsche 964, even though we are still talking about the same model that rolled out from the production line back 1990. But things have changed immensely on this amazing vehicle, there have been tons of things that have been upgraded, and the most significant of them all is the fact that this brand new Porsche 964 has more than twice the power that it first came out from the factory.

Yes, that is right! This amazing beast is able to produce whooping 500 HP. This amazing piece of art took two years to be completed and it was done by Singer Vehicle Design along with the boys from Williams Advanced Engineering.

The car indeed looks amazing, but if you want to know more about it and see how it looks like, check the link!