We live in a stressful time where people are simply too exhausted by their busy lifestyle. We are always in a hurry to finish a job, but this can sometimes be too overwhelming even for the strongest of us. Hereby, we have just heard breaking news where actor Kim Joo Hyuk suddenly passed away after he was involved in a car accident. Everyone is in great shock and disbelief but the Gangnam Police Station confirmed this horrific news. Namely, he was driving in his gorgeous Mercedes Benz SUV when all of a sudden he collided with Hyundai Grandeur. 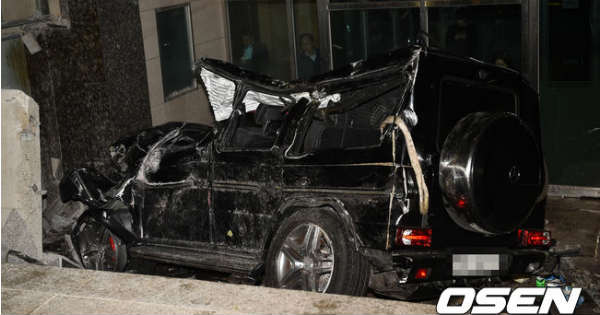 This caused his SUV to crash into the wall of a building near iPark Mall in Samseong-Dong and eventually his SUV overturned, shortly after the car caught on fire and an ambulance and fire fighters arrived immediately. Even though he was rushed to the nearest hospital and was given a first stage CPR during the time they reached the Konkuk University Hospital, Kim Joo Hyuk`s injuries were simply way too much.

We get to see some footage from how his car looked like after the accident. It is completely wrecked, especially from the left side where the driver is supposed to be. But, his agency, which goes by the name of Namoo Actors, have not yet released a statement about this horrific news hence they said that they will first look into the reports and then confirm the news.

What do you think, what caused this horrible accident where Kim Joo Hyuk lost his life?