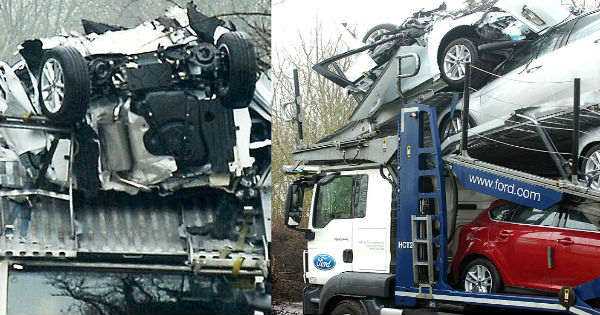 A moment was captured when a plethora of brand new Ford vehicles were smashed after a lorry driver`s unfortunate short-cut resulted with him being wedged under a 14.5ft bridge. The transporter`s driver loaded with brand new Ford cars opted for this route because he wanted to avoid being stuck in traffic. 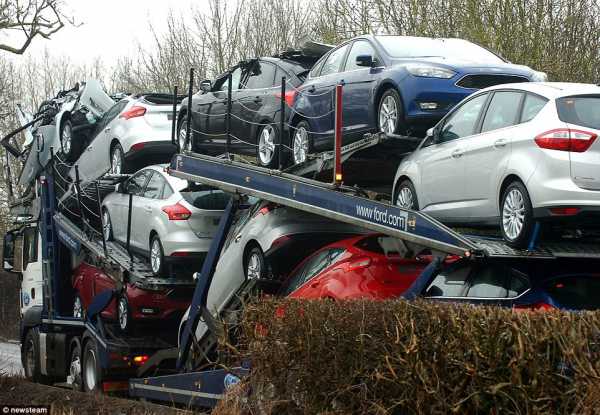 However, he definitely got way more than what he bargained for. Witnesses described this incident as hearing a crunch when the new Ford Focus vehicles were flattened by the low bridge. The Ford Focus cars didn`t have the opportunity to clock up even a single mile. The damage done to the cars and the bridge as well, is estimated to be many thousands of dollars. 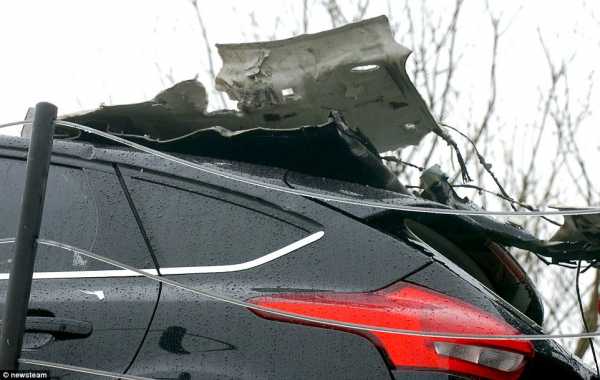 Fortunately, besides the brand new Ford vehicles, no one was hurt in this bizarre crash. One motorist who was on the scene described the incident as like observing something in slow motion. This witness also said that this is a very long road and that it looked pretty obvious the lorry was just too high for this bridge. Nevertheless, the lorry kept on going and all of a sudden the new vehicle got wrecked. However, there is no statement as to what happened to the cars that were placed at the lower tiers of the transporter. The driver must`ve been white as a milk when inspecting this horrible damage. 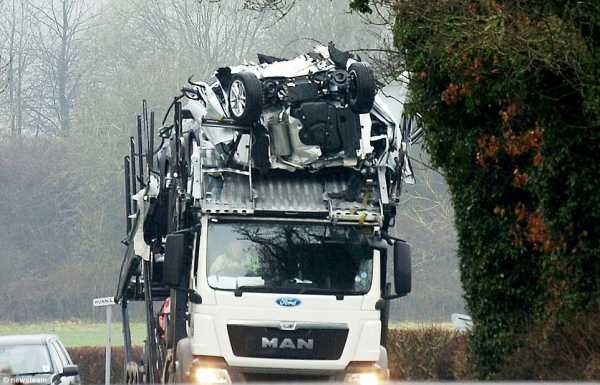 Finally, check out the biggest land vehicles ever built.