There are tons of awesome movie franchises we have seen in which some of the most amazing cars are part of it. But, not every car you see is real and not every car can actually be driven. Thus being said, we praise and love the ones in which you can feel the real thing, the actual car that can be taken out for a fun ride. Hereby, one such example is the Mad Max cars. Yes, that is right! Those awesome cars are actually real and people had spent months of designing and putting them together. 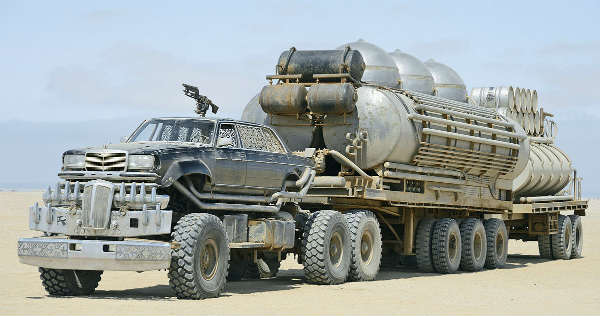 We take a look at this behind the scenes video and we also take a look at actors from the movie sharing their thoughts about the Mad Max cars. Everyone is amazed by their look and ability. Mad Max Fury On Four Wheels, as the full name of the movie goes, features dozen of such cars and they are absolutely mind blowing.

We also get the chance to see an interview with the producer and the people who designed these cars, as well as some of the initial plans and sketches they had when they first came up with the idea. It took hours of welding, welding and welding. But besides all the metal they have, some of these cars are actually extremely powerful. The video is 22 minutes long so you would have under a half an hour of great fun.

What do you think, which car was your favorite?