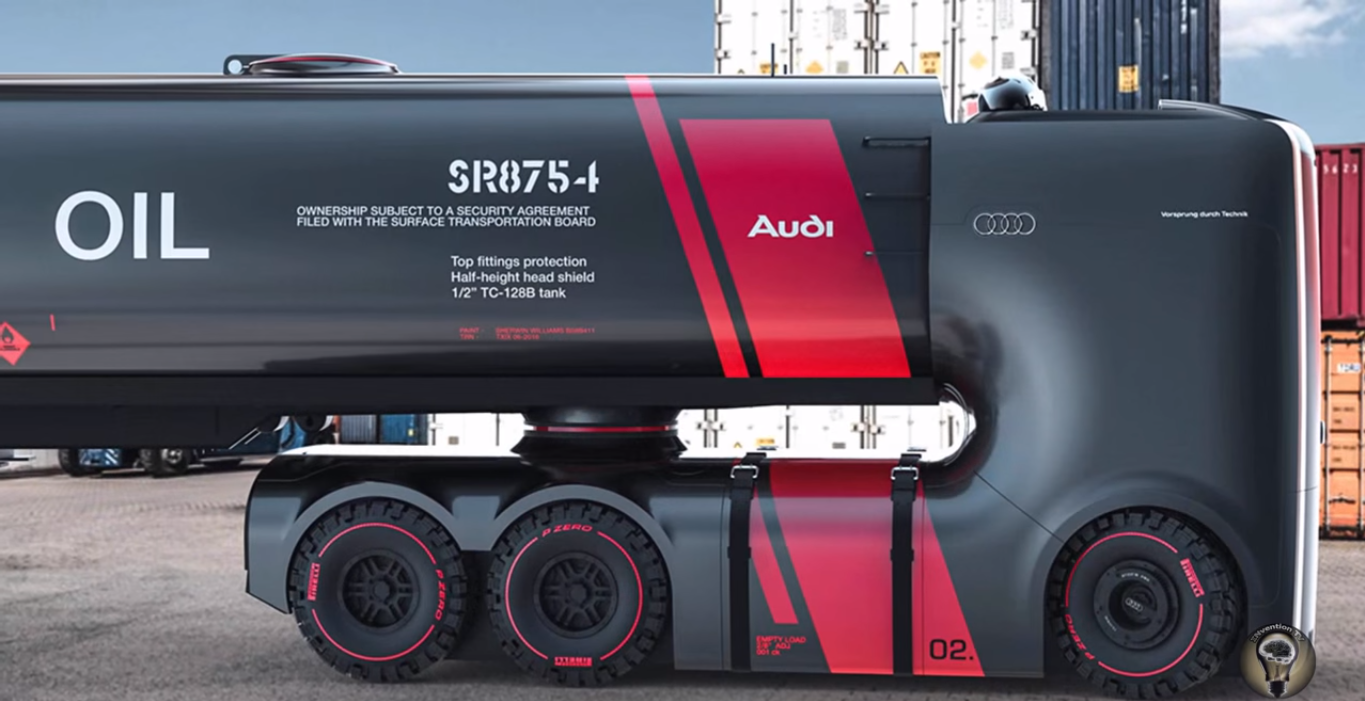 Open innovation is something a lot of corporations have been using intensively the last decade. This has been helping them to speed up their process of innovation. Also to place a bigger quantity of products on the market in quicker time frames. This is why open innovation has become a valuable business strategy. And for the past few years Audi hasn`t been short of using this collaborative strategy that obviously yields positive results. Ideas and novel concepts from external sources are helping Audi with futuristic ideas. The video we have here is fruit of open innovation and a very exciting Audi future concept truck!

In this Audi Future Concept we can see an Audi plan for a truck. The authors of this futuristic Audi truck concept are the Belarusian designer Artem Smirnov and the Ukrainian 3D modeler/CAD Sculptor Vladimir Panchenko. There are actually two parts of this concept. Concept A and B. The first part of this future concept for Audi is a design of a self-driving truck on the highways! The concept looks fascinating at the least! Very slick and smooth! And as time goes on self-driving vehicles are definitely becoming reality! Companies like BMW, Tesla and Mercedes have already launched or are soon to launch, cars with self-driving abilities! Even tech companies like Google are coming out with their own self-driving prototypes!

The plan B for this Audi Future Concept is an electric truck show car! And the very design of this electric truck show car really does look awesome as hell! It is a truck with a very peculiar driver`s cabin on the top. In fact, it looks more of an F1 cockpit than a truck`s cabin! We can see a steering wheel inside that resembles the one of open wheel racers!

The authors of this Audi Future Concept wanted to develop plan A and plan B to the best extent and then chose the better one. However, because both of these are just freaking awesome, they failed on making a decision. Maybe you can help them?! Comment down below which one you like more!

Finally, if you want to see a magnificent Chinese concept of a futuristic bus, follow this link!