Every car fan worldwide was thrilled when they heard about the brand new 2019 Mid Engine Corvette that is about to make its debut just over a year from now. There is something special about every Corvette that makes you fall in love with the car and wish to know everything about it. But there have been tons of rumors and speculations about this brand new yellow monster so we are going to take a look at a video that takes you through everything you need to know about it. 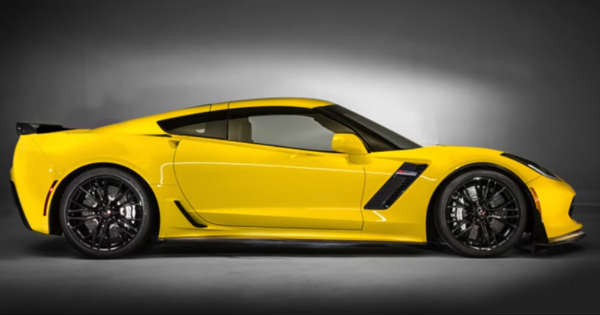 There have been some leaked photos from the 2019 Mid Engine Corvette C8 that were available to the public just some period ago. It was so well camouflaged that not much could have been said about it. We can just conclude by saying that the bodywork seems to be ready. But we are all familiar with the fact that Chevy covers its vehicles, as we have seen same situations happening before. This is done in order to protect the car from spy photographers and such leak photos.

But surprisingly enough and to everyone`s shock this mighty 2019 Mid Engine Corvette was spotted at a McDonald`s parking lot while being semi-covered by the tarp. We hear a man talking about the photos and his experience when he was the car. No one knows how this had happened and why they did not take better care of this mighty car of the future.

All we can say is that we cannot wait to see this car actually getting off from the production line for the first time.