Yeah folks, it looks like 2 stroke scooter drag racing is real thing! Well, to be honest, we shouldn`t be that surprised because the people in the Far East have different hobbies and entertainment choices that would definitely seem unusual to us. Japan is no exception to this rule and they also have some pretty unconventional ways of entertainment. The automotive world in Japan is also very different from here in the States as well. One example of a very weird motorsport in Japan is their 2 stroke scooter drag racing. 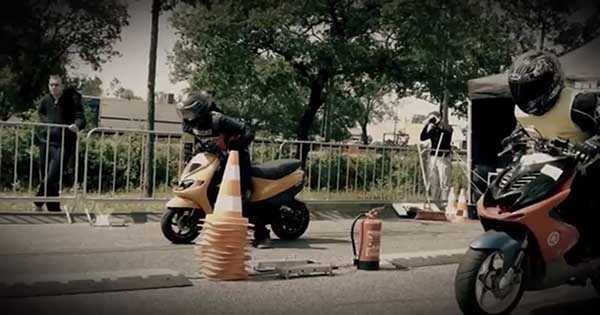 They are so exciting to watch because they have a tendency to point the nose skyward in an instant. You can also see these beasty scooters burning their tires on wood rather than asphalt. This is more efficient because the asphalt is a very abrasive surface. There are some scooters like this in the US, but they are mild in comparison. The 2 stroke scooters here in the states are focused more on cosmetic upgrades rather than performance. Nevertheless, it looks like there is a demand for such racing in the US, so make it happen please!

Finally, check out this gallery of buggies drag racing!