Everyone has been in a situation where they had to purchase a car. We know that it is in fact a tough decision, especially when the price is really high. This is something that you might think when you take a look at this 1992 Mercedes Benz 500E. This car can be yours for somewhat under $31,000, but it is really worth it? Well, it is time to find out the answer. First things first, as expected by its price, this is not your ordinary Mercedes Benz 500E. The idea of fitting a powerful engine into a not so big of a car has been around ever since. Eventually this resulted in production of some awesome hot rods, and later on muscle cars. Well, this is exactly what Mercedes had in mind back 1992, when designing this car. This is how it all began! 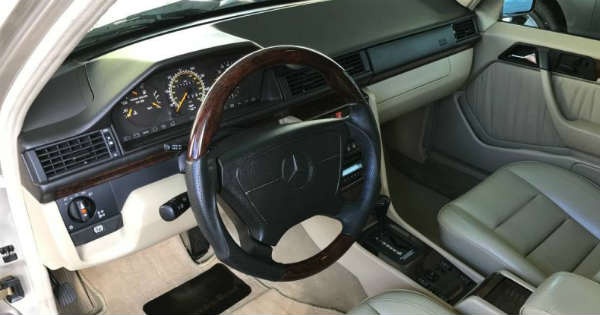 Along with the help from Porsche, they managed to create this beast, the 1992 Mercedes Benz 500E. The best part about the car is its originality. It has managed to keep its original color and interior. Even though there is some wear to the leather, it is nothing serious. The third owner of the car has listed it for sale for $31,000. He bought the car couple of years ago and he is now ready to sell it. The 500E originated from Orlando, Florida but now you can find it in Los Angeles. Everything on the exterior and interior has been polished and brought to perfection. All the new owner has to do would be to sit behind the wheel and enjoy the ride. If you think this car is worth its $31,000, why not taking a shot and buying this car. It might be your best deal ever!

Before you go, take a look at the history of the Mercedes Benz!