1965 Ford Mustang Shelby GT350 was, is and will be a revolutionary model in the auto industry. A lot of knowledge, commitment and ability were necessary in order to produce this incredible muscle car which appeared for the first time in 1965 with the name of Shelby Mustang. Shelby brought Ford a lot of success including the limited edition model named Shelby GT 350 R.

All Mustangs produced in the period from 1965 to 1966 featured a K-Code 271 engine with ability to produce 306 hp. But, that is not the case with Shelby GT 350 because Shelby was not a usual Mustang, it was a racing car and therefore it got a racing engine. 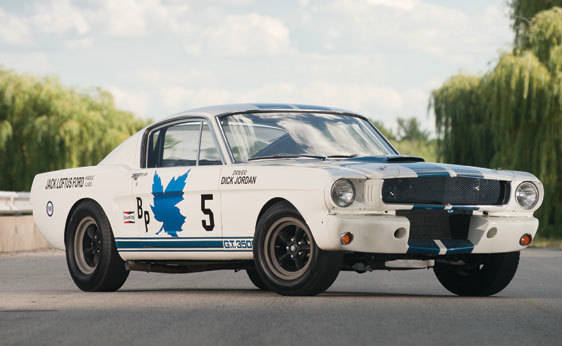 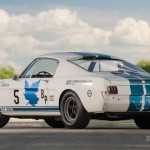 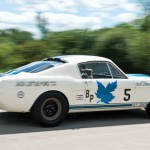 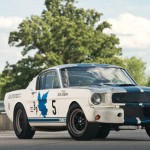 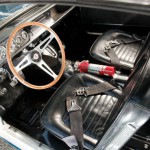 Shelby GT 350 was about to participate in the SCCA races. According to SCCA`s rules, 100 must have been produced and raced, but Shelby America has only made 34 units. Nevertheless, the company did not produce more, but participated in the race and Shelby had extraordinary performance.

All models of Shelby were painted white and had blue stripes. They also featured wooden steering wheels, fiberglass shelf and cold air intake scoops. Due to the fact that Shelby wanted to decrease the weight of the car as much as possible, the first 15 units did not have heaters, headlines, insulation, upholstery, side or rear windows. The other models had side and rear windows made of Plexiglas.

The 1965 Shelby R featured a K-code 289 cid V8 engine and a Borg Warner T-10M transmission with four speeds. In order for the engine to produce 360 hp instead of 325hp, it was backed by a Holley 4-barrel carburetor.

You can see one of the best GT350 ever made on this link!