At the beginning of the 1960’s Ford decided that it is final time for the company to put some money in racing cars that would be able to take part in Le Mans race or the 24 Hours for example. Therefore, Ford concluded a deal with Ferrari in order to make this idea a reality, but Ferrari broke off the deal because there was a disagreement regarding the participation in the Indy 500. After that Ford decided to pursue its dream with or without Ferrari. Ford made initial arrangements with Lola and Lotus of which he chose Lola. Lola was actually a complete disaster and did not last a minute. But, after the Nassau race in 1964, the Carroll Shelby stepped in the game. The GT 40 made revolutionary success in the period from 1966 and 1969 having been a four time consecutive winner at the Le Mans race. That made Carroll Shelby a hero. However, after producing only 107 cars, the GT 40 project ceased in the 1969 model year.

The GT 40 experienced four different forms, MK I, MK II, MK III and MK IV, not taking the empirical J-car into consideration. All of these cars had their similarities and differences. There was, however, one special edition, the Mirage. The Mirage was most closely related to the MK II model. All of these models had different kinds of engines. The MK IV was the last GT 40 model and was using the same chassis as the J-car. Therefore its external appearance was rather different than the appearance of all other GT 40 models. Furthermore, it was also the first GT 40 model that had a steel roll cage similar to NASCAR. However, the MK IV appeared only in two races, 12 Hours of Sebring in 1967 and 24 Hours of Le Mans in 1967 which it won. 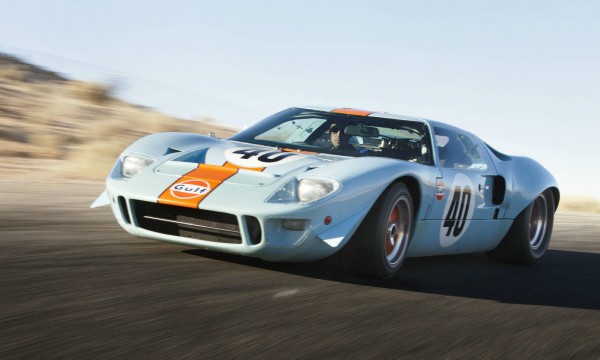 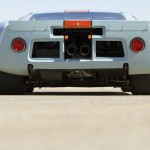 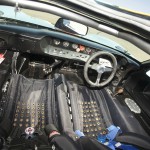 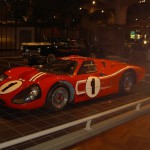 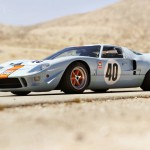 When it first appeared, the GT 40 was meant to break speed records. Instead, it broke pricing record. The chassis no P/1074 was sold for staggering 11 million dollars which may seem crazy, but one must admit that even after 40 years of unaltered existence this chassis met all today`s contemporary standards.