A big selection of vastly over-funded racing trucks, a big tarmac circle and people who are crashing on purpose at Sunday’s WinStar World Casino -- NASCAR Battle Truck Race. Have you ever witnessed such an event? ever been to a NASCAR battle? This video will bring you closer that is for sure! So, hesitate no more! 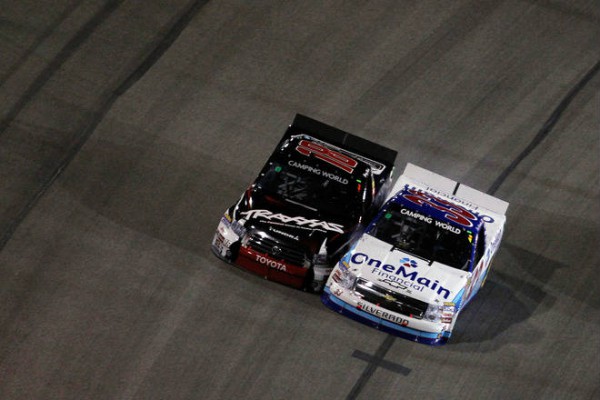 eedway he was parked by the NASCAR officials for one weekend of racing.

Finally, check out some of the best Nascar battles of all time on this link!