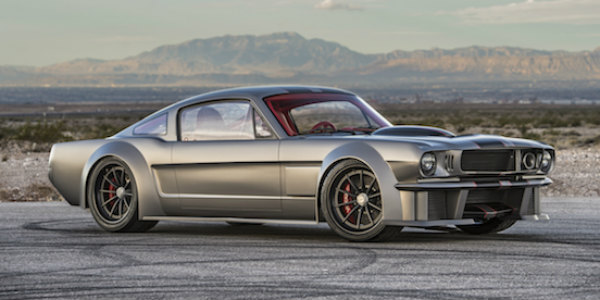 What we have here is one of the most powerful, track-focused Stangs to ever embellish the SEMA show. Called “Vicious”, the car started as an original 1965 Mustang before entering the Timeless Kustoms garage. After 9 months work, it emerged as a foaming-at-the-mouth muscle car with 1000HP and equal lb-ft of twist. 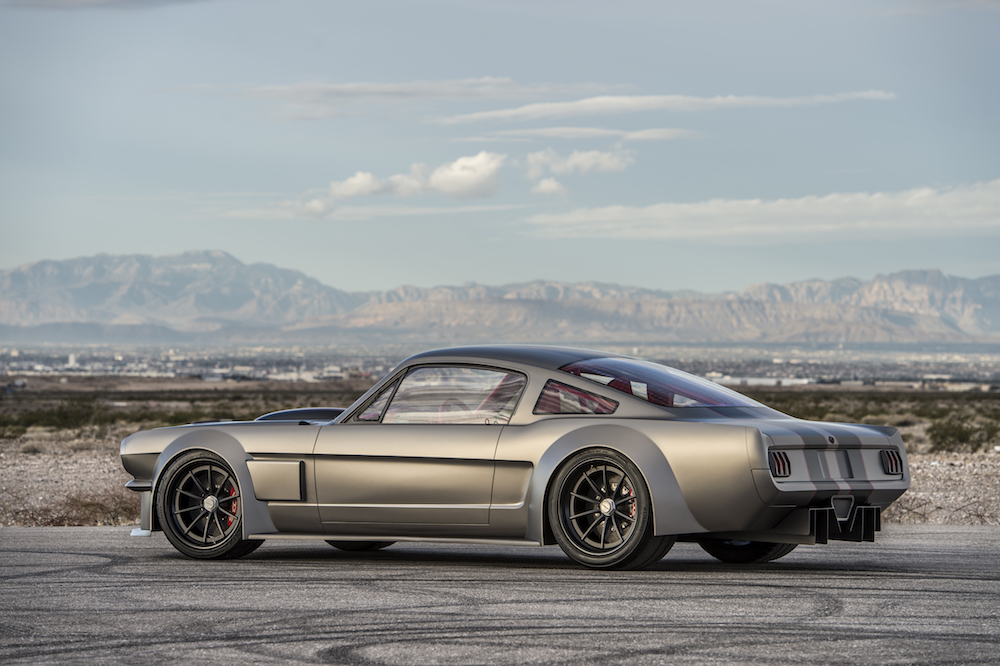 The car was ordered by Chris Marechal, and this is his second 1965 Mustang he has commissioned from Timeless Kustoms. The first one is fitted with a Coyote engine and a Magnuson supercharger which deliver 650HP. However, why settle for a three-digit HP number when four is plausible, right? 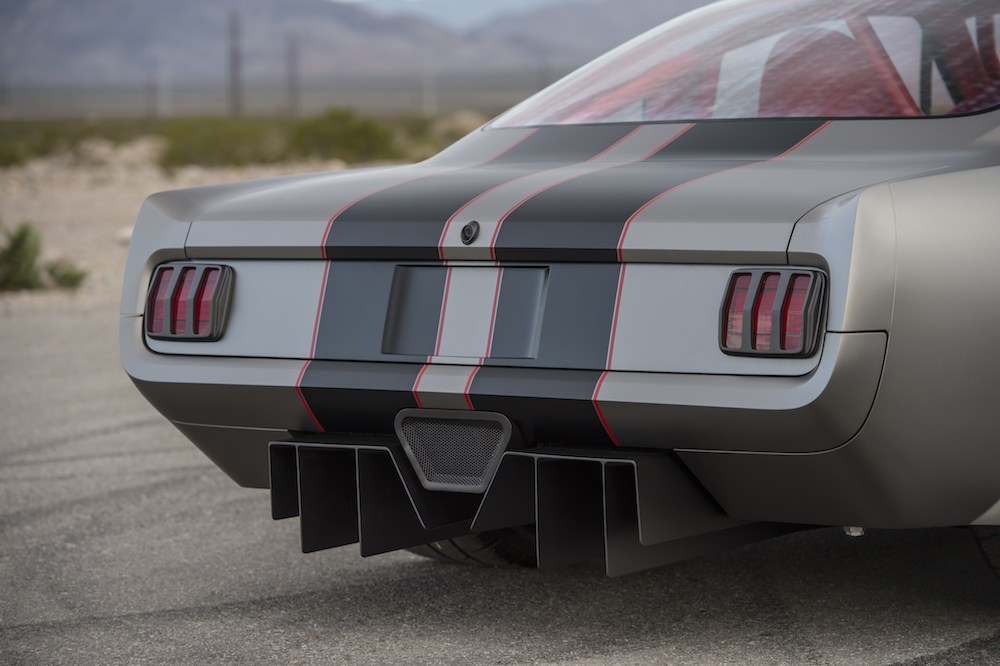 Timeless Kustoms removed the roof from the original car and completely revised the bodywork. They implemented everything on to a custom-made Art Morrison Chassis. Beneath the extraordinary wide bodykit, “Vicious” is fitted with a 5.1L V8 Ford Performance engine that is complete with a TVS Magnuson supercharger. 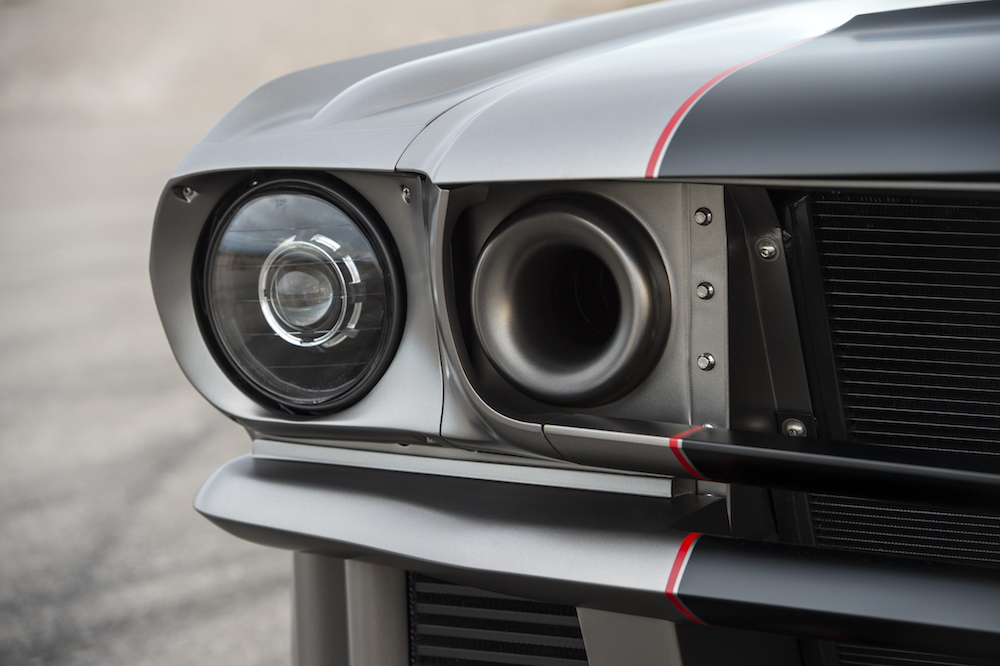 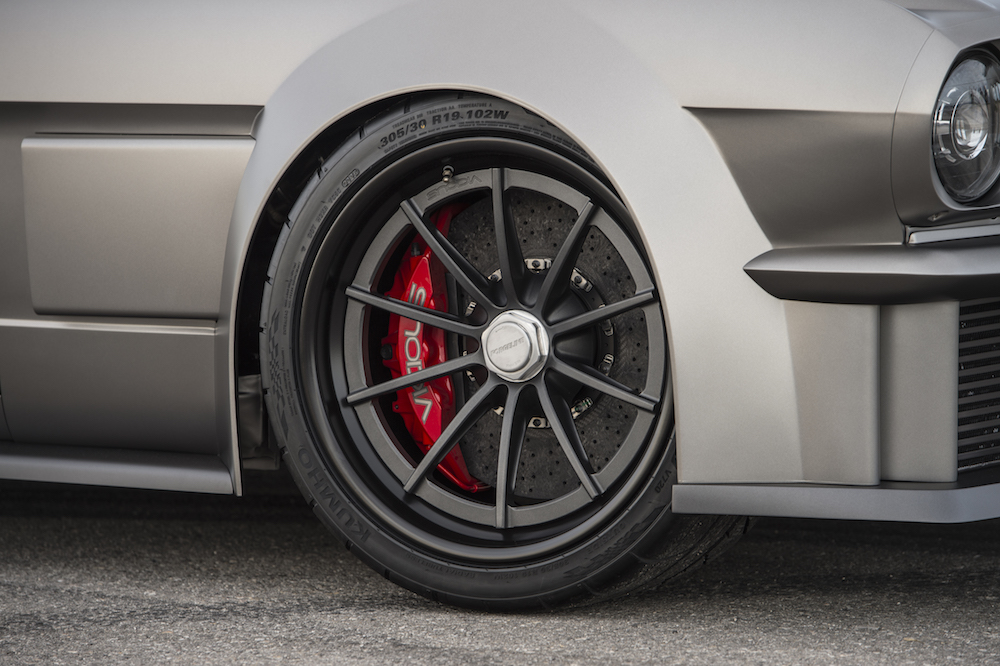 There are also two additional superchargers by Precision Turbo. All of this in combination with the high-flow MagnaFlow exhaust-system translates into staggering 1000HP! Elsewhere, the car is fitted with a DYAD Centerforce clutch and a six-speed sequential that powers the rear wheels. 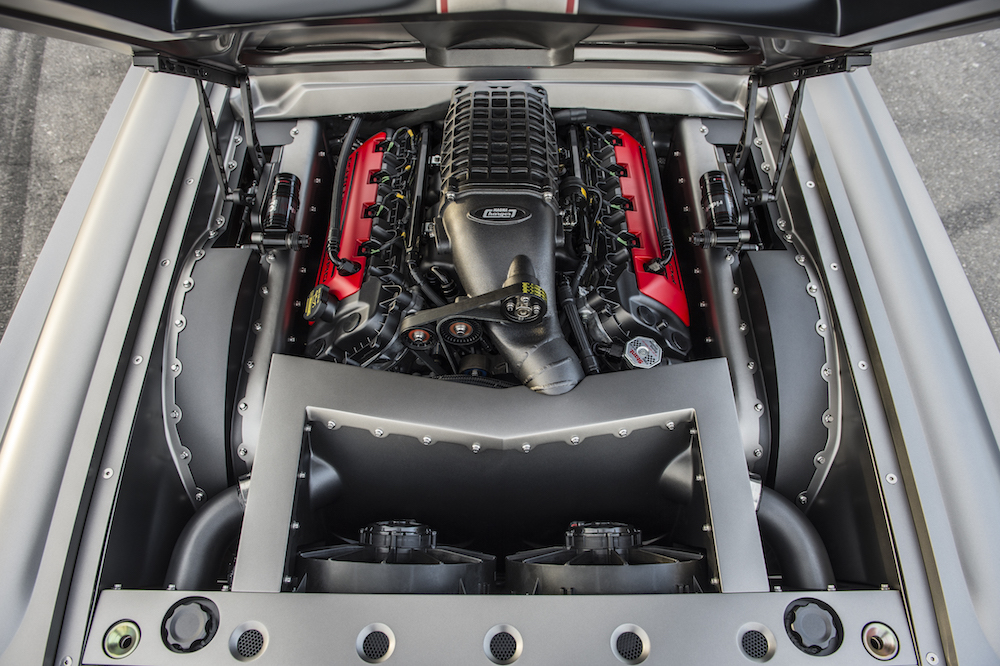 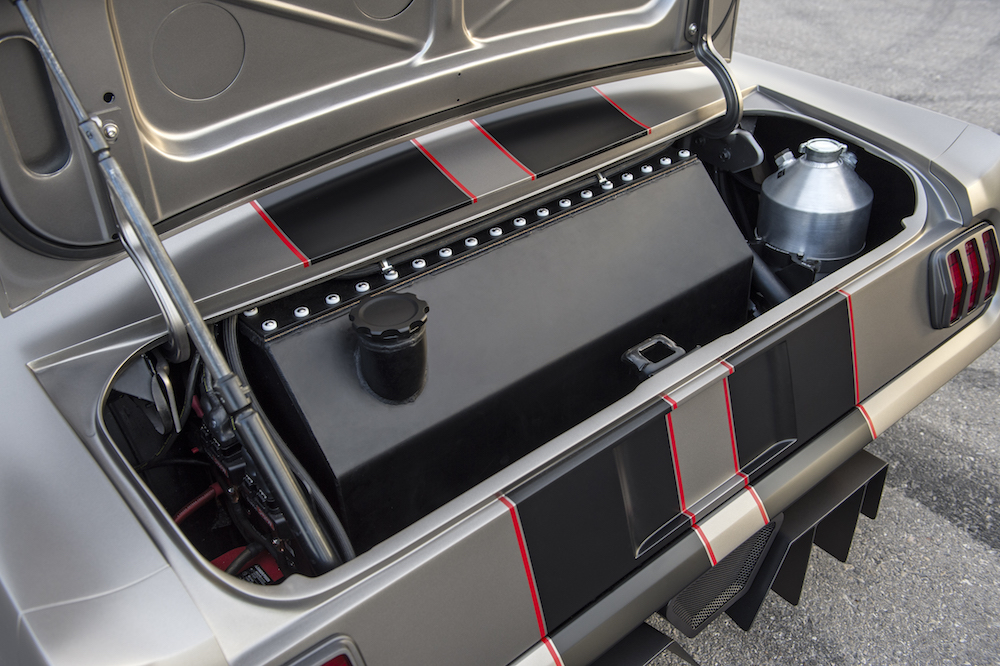 Inside, there is a Motec digital display, bright red leather, massive paddle shifters and a three-spoke steering wheel by Sparco. 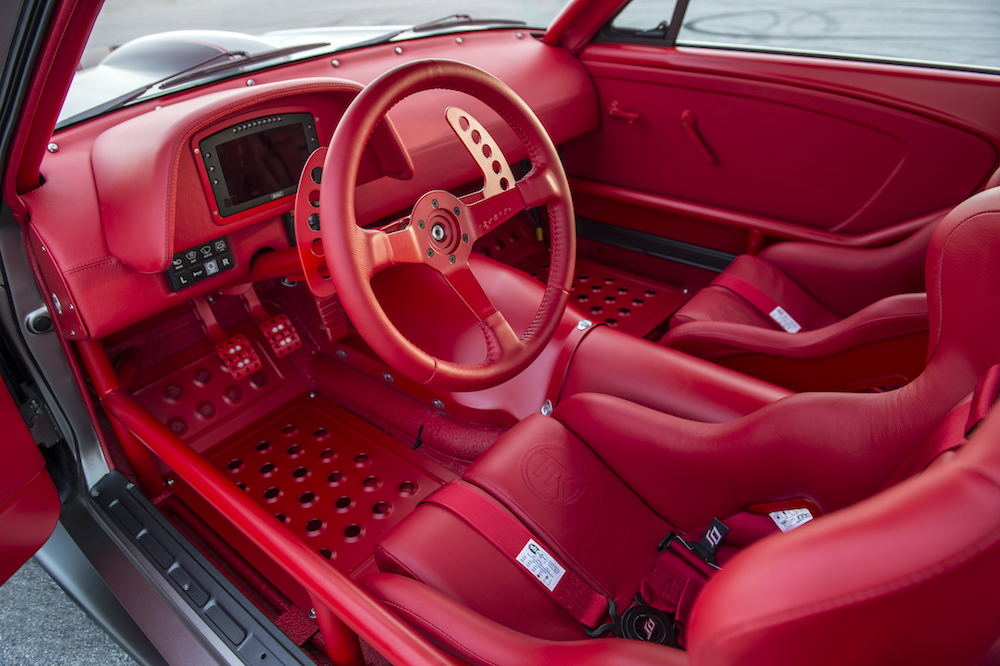 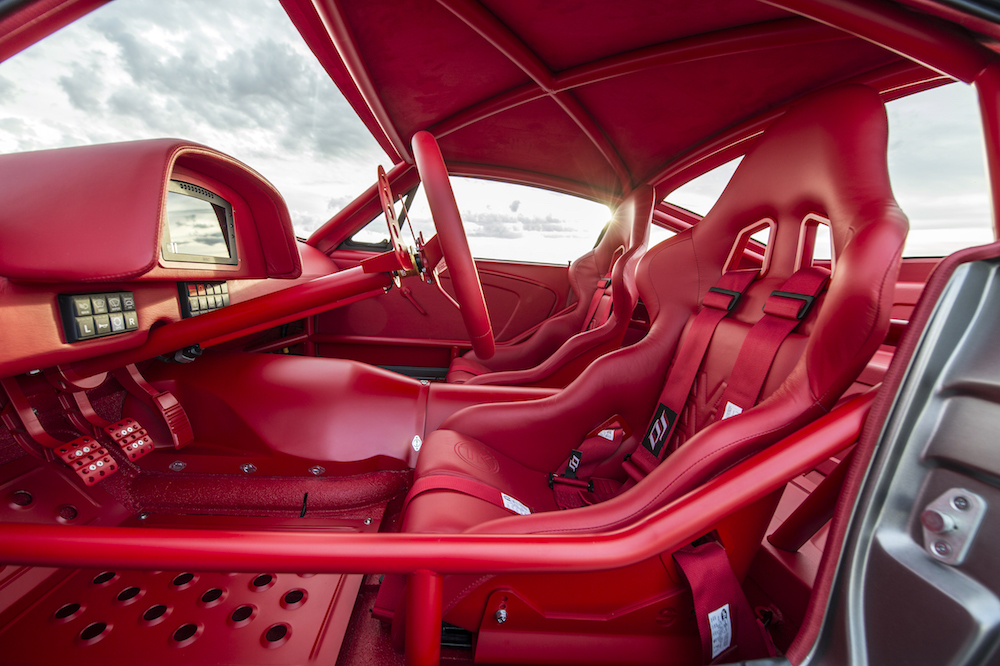 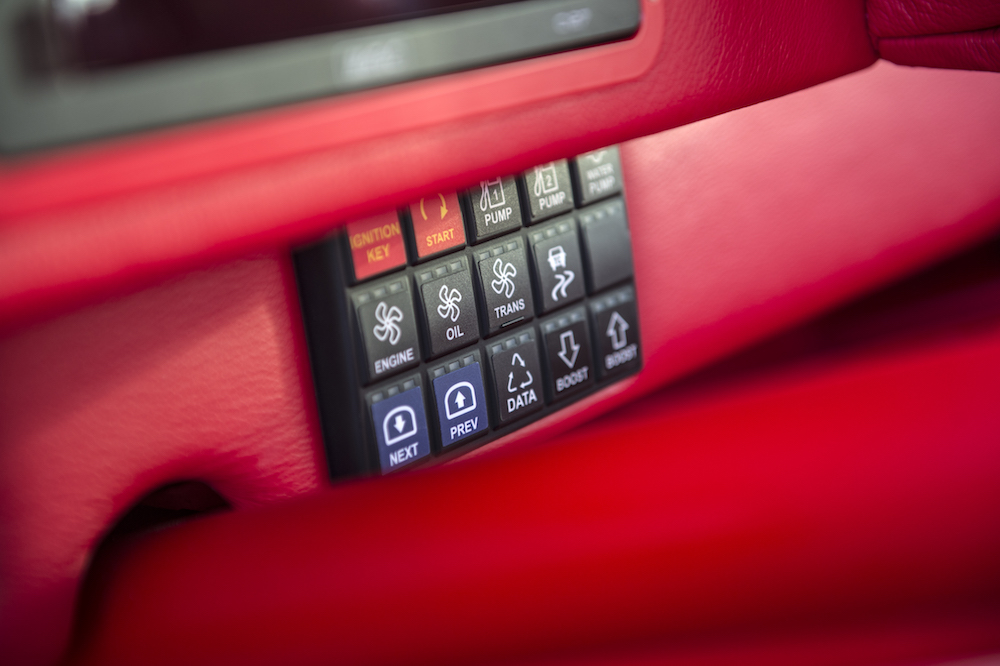 Finally, follow this link to see the 100 best Mustangs of all time!