The 15-year-old Wayne Gagosian worked for three years to save some money in order to buy this very Charger. Despite his age, he never molested his car. He took a perfectly good care of it until its trade. This 1970 Dodge Charger RT passed through the hands of many owners, including those of a man who kept it for 20 years. This baby was always treated beautifully. In 2005, at the SEMA show in Las Vegas it was finally reunited with its original owner, Wayne.

Now, the car is much more swell then it originally was. It has almost perfect panel alignment, Banana shade paint, which gives the car an incredible shine. All the details are perfectly made. The graphics are restored as well, with the addition of the almost unseen hood graphics with HEMi callout. The old equipment, that dates back from the time when the Charger was originally made, like the flip-up gasp cap, the optional racing mirrors and the 1970 Dodge Charger RT emblems are still in incredible shape.

When the 16-years-old Wayne bought the car, after working very hard for it, all thought that this Charger would soon wind up in a dump. Nevertheless, this wasn`t the case. On the contrary, this car was always kept well and though the engine was completely disassembled, it was restored with the most of care. After the restoration was done, the beauty was dressed in Hemi Orange and prepared for show. All of the original factory marks were intact and every detail is looks the same as the day when Wayne first drove the car.

The beneath of the 1970 Dodge Charger RT is completely restored, but it kept its authenticism. The original 4-speed manual transmission is kept as well as the 3.54 factory-issued gears. However, new features such as brakes, suspension, lines and hoses as well as a new dual exhaust system with adequate resonators and rectangular chrome tips, were installed. New wheels fitted with reproduced Goodyear Polyglas GT tires were also reinstalled.

The Top Banana paint went perfectly with the black bucket that were added. In order to boost its awesomeness even more, there is a padded center armrest, 8-track stereo player, power windows and the last but not the least a 6-way power driver`s seat. Due its incredible condition, its hard to tell which parts of the Charger are old and which are new. The steel wheel and a matching Goodyear tire, as well as a full jack assembly are kept in the trunk.

Having in mind its condition as well as the love and care put in it, this 1970 Dodge Charger RT surely is one of a kind. It would be extremely difficult for other cars to level up with this HEMI Charger`s pedigree.

Finally, these are the 20 facts you must know about Vin Diesel! 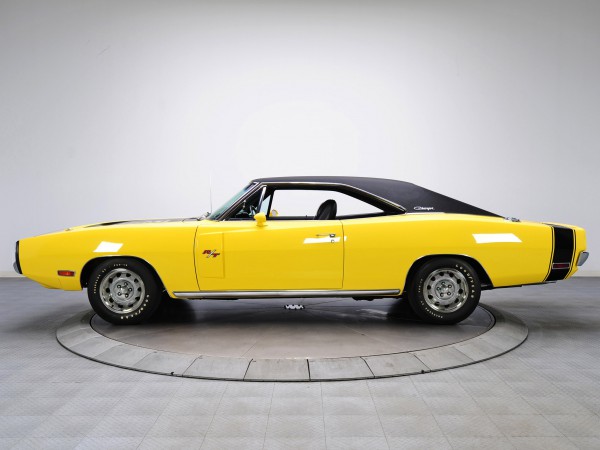 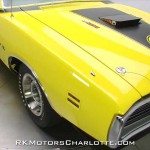 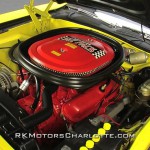 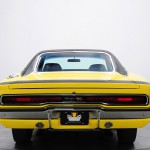 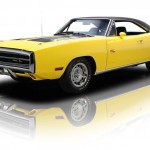