When talking about brand new breakthroughs in the car industry, we must say that VW is one of the greatest of them all as they never fail to impress us, such as their latest ingenious invention which is actually the VW New Engine Cycle. This new system was implicated for the first time in their 2018 VW Tiguan. VW New Engine Cycle if more accurately called the “Budack” Cycle and it got its name from their engineer who actually developed it. There is a very nice animated footage from how this new type of engine and cycle looks like. 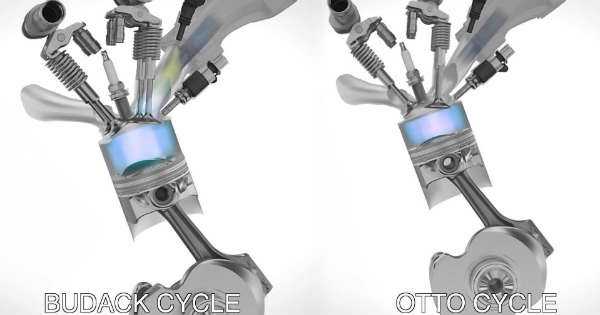 It is actually a variation of the Miller Cycle without a supercharger. In order to easily understand how this new cycle works, you need to know how the Atkinson cycle works.

The whole idea is that the piston has a longer distance to travel down and expand. VW New Engine Cycle reduces the amount of air that is pulled in which result in a lesser compression ratio. This new system might be the future of engine production and productivity!

At last, check out the most incredible innovations by VW that were presented at CES 2017.