People often ask: Who is Vin Diesel? Well, it’s simple. Vin Diesel is an action hero known for playing tough guys on the big screen. However, this time he showed his softer side receiving his star on the Hollywood’s Walk of Fame.

The 46-year old hero from “Fast & Furious” movies, was with his family, girlfriend Paloma Jimenez and their 2 children, 5-year-old daughter Hania Riley and 3-year-old son Vincent. Vin Diesel proudly held his daughter Hania  and after they flashed a thumbs-up to the crowd. It was a really sweet moment to see, considering how family protective Diesel is. Actually, he never  announced the birth of his children, because, he didn’t want any cameras on this event and his wish was to be as natural as possible. So, the New Yorker become more comfortable with showing off his very beautiful family startign from Jay Leno‘s show in May this year where he brought his 2 little children as well as Jimenez. 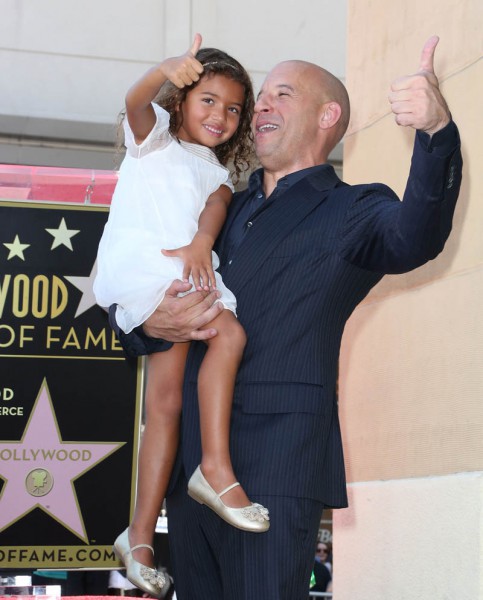 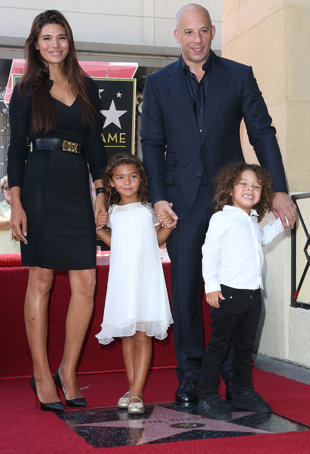 It was very nice to see this sweeter side of Vin Diesel.