It`s one thing to get your favorite ride, whether it`s a sports car or a Detroit muscle, but when you say ` wrapping the GTR in a brand new outfit`, it`s pretty clear what the aim of this `game` is. 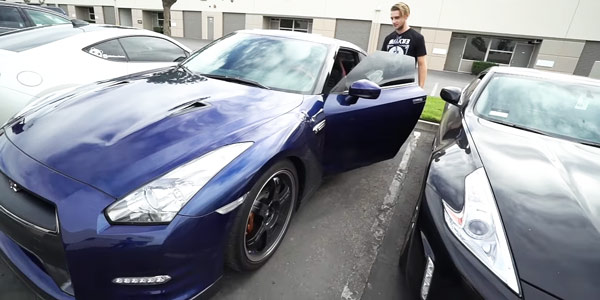 Choosing the right color, that will perfectly suit your beloved GTR beast, and that`ll speak the `right words` about your personality, is something else. So, when you have a Nissan GTR, the choice of the new color its owner would/should make, could be quite tricky… Why? Well, if it was the Skyline GTR R34, thanks to the “Fast & Furious” franchise, we all know that the metallic blue is the first choice of color. But for the Nissan GTR R35, it seems that the things are a little bit more complicated.

So, we`re guessing that this is the way how the fellow in the video below must have felt, since he made a clip about his upcoming experience – choosing the right color of his Nissan GTR – in which he`s asking for our help for it!

Thus, we won`t be saying too much unnecessary words about it, but we`ll recommend that you just watch it, and put yourself in the shoes of this lucky guy, and give him a suggestion, what would be your choice, if you needed to choose a new hue for your beloved Godzilla! You will also see that wrapping the GTR is one process that looks very interesting!

So, just check out the following video, and see what you`ll make of it! Afterwards, you can share your thoughts about it with us, in the comment section below! And in order to make up your mind better, and choose the right color of the GTR, go to his link, and see these GTR colors, and maybe you`ll make up your mind easier.