Even though there are times when we simply enjoy taking a look at car fail videos in which people crash their or damage their cars, there are other cases in which the situation is much more serious. Namely, we take a look at this video in which we see what could possibly be the worst Honda crash that we have ever seen. The driver rolled over for whooping 15 times while it was trying to set a new speed record. We take a look at the story from different points of view, such as from the driver himself, from his children and crew members. 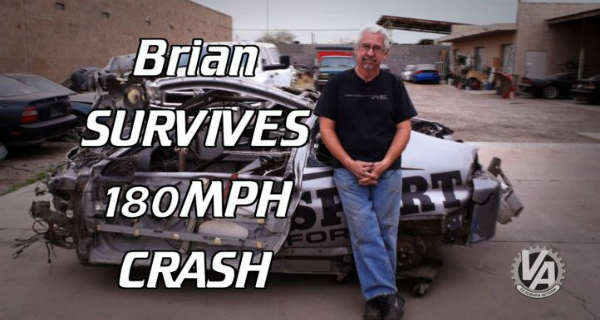 As it was formerly said, they were trying to set a new record and go at least 200 mph and as every other attempt, everything was as it was supposed to be at the start. All of the crew members were prepared for it, as well as the driver himself. The driver, Brian Gillespie, even before the race said that if you are afraid of a crash during such great speed, then you should stay out and be a spectator.

He was willing to accept the challenge but no one expected that this is going to be the worst Honda crash ever. Lucky enough, crashing at a speed of over 180 mph would have been tragic if there was not for that extremely durable and steady cage inside. It is what saved his life.

If you want to know more, make sure to go through the whole story on how this driver rolled over and how he survived!