While being out on the street and in your car, you should always take care of yourself, but also watch out for other people and dangerous situations. Hereby, going at a very high speed on streets where there is a lot of traffic is extremely dangerous and you are putting your life in danger. Moreover, there might be bumps on the road that can make you lose control over the vehicle. Thus we take a look at the following video in which this Chevy Corvette ZR1 goes so fast on the intersections that it literary gets airborne! 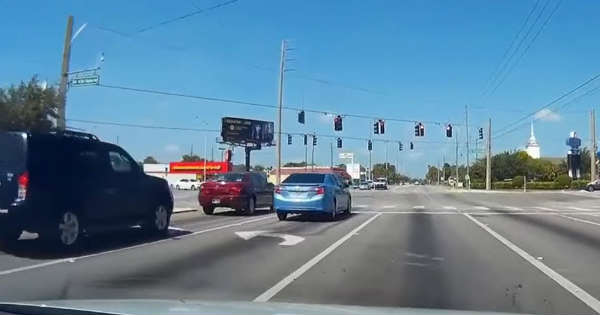 This gentleman was having a peaceful drive in his car when all of a sudden saw the mighty Corvette ZR1 and immediately took his phone out in order to film it. He captured the moment in which the Corvette gained much power just before the traffic light. And just as we all thought that car is nowhere to be seen hence it was going so fast that the man who filming could not capture it anymore, we saw it flying up in mid air. Though at first look it is difficult to exactly see what happened, there is a zoomed in and slowed down footage which captures the exact moment when the car gets airborne.

Namely, there was a small bump on the road, and when combined with the speed, caused the Chevy Corvette ZR1 to jump. Luckily, the driver managed to retain control and avoid crashing into another vehicle on the road. This is exactly why you should be extra careful while being out on the road!