It is a very important and a very special moment of our live whenever we purchase a new vehicle, whether that just is a brand new one or used. It literally becomes our second home and we should take great care of it as much as we can. Eventually, this means that we should do something that we will never forget at the moment we actually purchase the vehicle. Hereby, we take a look at this video in which we see the best way that you can leave the dealership demonstrated by this new Corvette Z06. 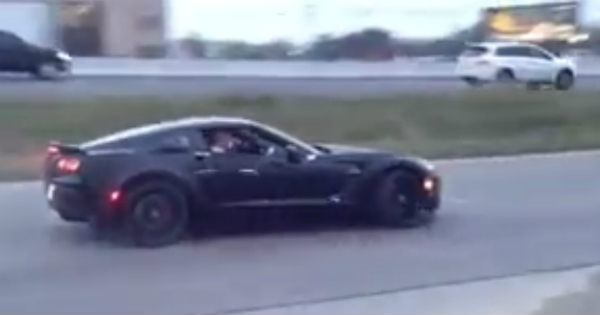 Yes, even though leaving the dealership after you have just purchased the car might seem like an ordinary task and we never pay much attention to it, this guy a step forward and made something amazing. He decided to make this a very special moment, which in fact is hence he had just bought a brand new Chevrolet Corvette Z06, and instead of just slowly driving away from the dealership, he began reving up his engine.

It was obvious that he was preparing himself for something amazing and short after it happened. He pushed the new Corvette Z06 to the limit and began drifting with a style. Even though it seems like he began losing control, eventually everything was just fine and we have just witnessed what could be the best way to leave the dealership right just after you purchased a car.

What do you think, is this one possible way to do it?

This is how you leave the dealership in your brand new C7 Z06!Great Corvette deals starting as low as $8k --> http://bit.ly/vettedeals