Few weeks ago, Pagani Automobili became part of the Japanese auto market. The career of the company in Japan started with the introduction of the new model named Pagani Huayara. The shop is in the centre of Tokyo, in the area called Akasaka. We haven`t gone to exploring Pagani`s work since 2009, but we assure you that the company has been very hard-working in the meantime. It has built new facilities, it has made new limited edition models and it has a new car on the market. So, this time we were treated with a ride with the Huayara and we got to meet and chat a little bit with Horacio Pagani. Yeah, he is very cool guy, and yeah, we had the fasted drive through the dense traffic jam in Tokyo, as well. The best thing was that when all the mass media representatives left, we got the saloon only for ourselves. What feeling, what freedom!

I usually tend to criticize about a lot of things about a car. But, when I saw this one, I didn`t have one minor detail to talk negatively about. I often dream of how I am going to make my car perfect, with bespoke engine parts, with no flaws. Well, that`s what Pagani did with this absolutely gorgeous car. But, it was not only perfection in design; it was perfection in any sense including the choice of materials. The leaf-like side mirrors are made of carbon fiber fender, while the rims had a color that Pagani described as “liquid metal”. 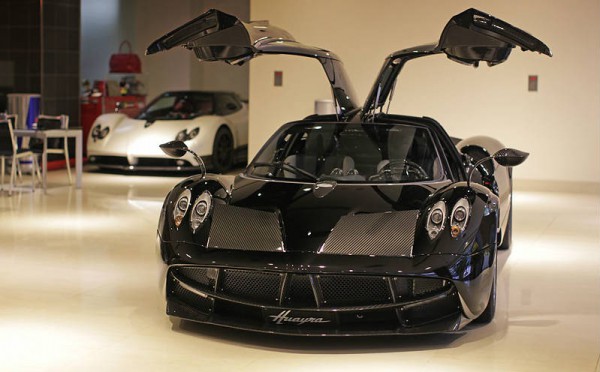 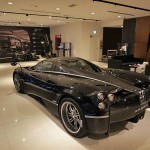 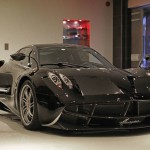 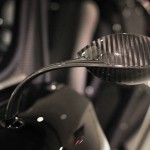 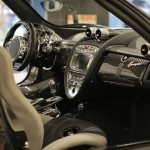 Furthermore, on this car you will also find titanium of which the Pagani emblems are made, then carbon fiber of the exhaust system that makes it rather lighter and aluminium for some other parts. Furthermore, the car features a precious AMG bi-turbo V12 engine that is able to produce 730 hp and 737.5 lb-ft of torque.Near the exhaust set up, there is a special kind of carbon fiber to protect the bumper from the heat. As for the design, particularly in the back, it is immaculate! There is a possibility for the car brakes to be lifted which is an amazing idea. The colour of the Huayara is carefully chosen and it is a sparkling black with metallic silver details on the rear sides of the car and near the glasshouse.

As far as dimensions of the cars are concerned I cannot provide you with definite and accurate numbers because of the specific design this car has. The special type of carbon fibres that Pagani invented and the titanium put among the carbon weave is a genial idea that we firs apperceived on the Zonda R model in 2009.

The interior is also very modern and as perfect as the exterior. When you see the instrument binnacle you are immediately astonished by its uniqueness in design. It is extremely technically advanced, but after a while you get used to its perfection. Otherwise, the materials you are going to find in the car include carbon, leather and billet aluminium. The distinctive and most noticeable element of the interior is the magnificent, customized transmission with 7 speeds.