Our elder readers will definitely remember that back in the 70s, only 5 cities were hosts of fully equipped, professionally organized auto shows. Those cities were: New York, Detroit, Chicago, LA, and Miami. Nowadays, there are more than 60 annual auto shows across the States, but our focus is going to be put on the MIAMI INTERNATIONAL AUTO SHOW 2015. 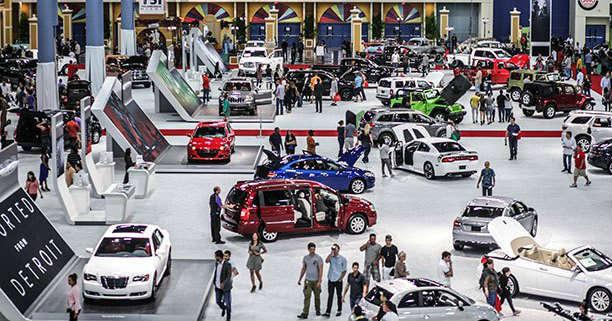 In the first several editions of this event, there were approximately 300 domestic models on display, several motor homes as well as couple of booths presenting vehicle accessories. Later on, the array of vehicles was enriched with the participation of some European models like Alfa Romeo, Citroen, Fiat, Renault. Since then, the Miami International Auto Show has its rightful place on the map of world`s major automotive shows.

Just like the previous years, the Miami Beach Convention Center was the place to be in the first half of November. Understandably, plethora of vehicles were on display, but we are going to present you the ones that left the biggest impression, at least for us. You are about to watch video materials of old-timers, exotic performance vehicles and of course muscle cars! Here are our favorites:

While the Miami International Auto Show is amazing to see, the Miami Boat Show can be just as much fun. Every February, check out all of the new Prestige Yachts for sale at the show.