Anyone can get extremely angry when driving on a terrible road full with potholes. However, rarely who would film such an expletive-laden video that shows the potholed road that`s in a disastrous condition. We have never seen a man who hates potholes more than this guy. We are sure you have experienced the huge frustration of going down a terrible potholed road. However, as much as they have sent you mad, possibly also resulted in an angry call to the council, you definitely would not have been as furious as this bloke. 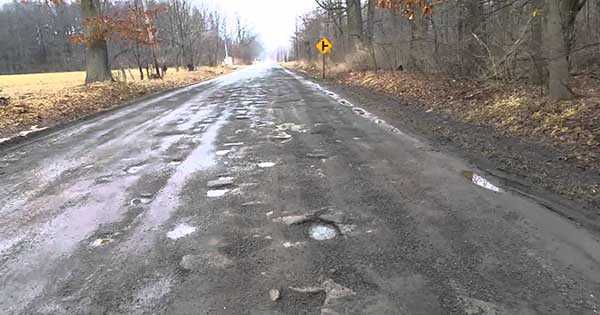 This fellow American sees complete red as he goes down a potholed road that looks like a freaking warzone. You can see him for almost four minutes going in a complete madness filled with swearing and all kind of outbursts. As he`s driving on this terrible road in a complete frenzy going ballistic, he goes to say that this is the worst freaking road in the U.S. Later in the video he asks what is the country doing with his taxpaying dollars. However, towards the end of the video, this guy`s voice becomes high pitched and pretty hard to understand. Who can blame him?

This can open a very healthy debate about whether patching up roads should move up on the priority list because many roads across the countries are really in a very poor shape. This is really disappointing and completely unacceptable for a great country like ours. Now, we don`t know if this really is the worst potholed road in the country, but it must be close.

On the other hand, what do you think of this dangerous road?