Everyone needs a little bit of speed and excitement in their lives, and if you are the type of person who likes taking things a bit too far than normal, then this video is the one for you. We are all used to watching old classic cars being restored and given life to yet once again, but there are some people who are willing to do something more with their car. One such car category that never fails to impress us has to be the sleepers. They are extremely powerful than they might seem at first, and going head to head against a fast sleeper car, even if you own a modern super car, is not so smart idea. 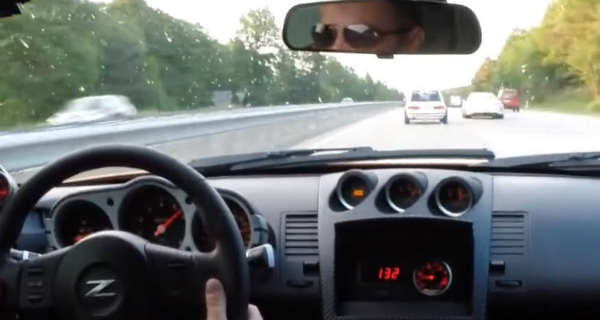 This is exactly something that we learn from this video. Namely, this Nissan 350Z Procharger is filming the action from inside his car while he is going on a street race against the mighty Porsche 911 GT3 475PS. But watching that race is not the most exciting part about this video, hence a VW Golf MK1 is about to teach these boys what real speed is.

His mighty sleeper car is way more than enough to overtake and to impress the two people who are racing in their super cars. Even though at first glance you might not be impressed by the look of it, but once you see this VW Golf MK1 in action, you are going to fall in love with it.

Is this fast sleeper the best ever?