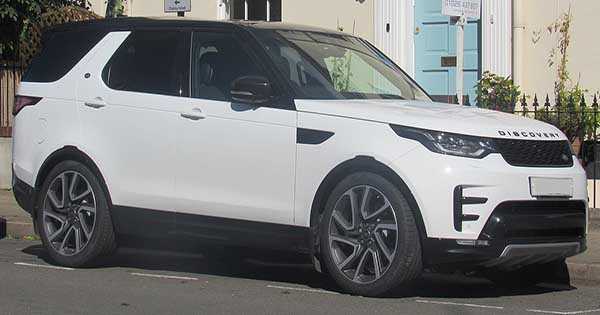 He says that this is what makes the new SUV look weird and not the strange offset placement. However, to be frank, we remain unconvinced and also a little bemused by the statement. Fortunately for all Land Rover Discovery owners, the aforementioned tuning company from Germany has a way more convincing fix.

Now, the question remains, what`s their solution? Well, STARTECH Refinement wants to do what`s right and reposition the number plate to the center where it should`ve been all along. The German tuning company excitedly named this solution – Discovery of symmetry! Pretty funny! This neat little insert is going to be available from the beginning of next year for a relatively reasonable $959. The tuning company also released pictures on how the number place placing looks before and after the tuning.

We think it`s a massive improvement. However, there are many people out there who think the offset doesn`t look that bad. However, if you think it looks bad, then you can`t say you don`t have a solution. Now, offset number plates or not, the new Land Rover Discovery is a great commercial success.