In many of the reality shows that we see on TV every day, we have a tendency to actually question their authenticity and whether they were scripted or not. Nonetheless, one car show that we really enjoy watching and has grown into our hearts these past couple of years surely is Street Outlaws. We have witnessed many amazing and one of a kind race, races in which accidents also occurred. Hereby, in this video we take a look at a really upsetting crash with the Blackbird Vega that took place while Street Outlaws filming. 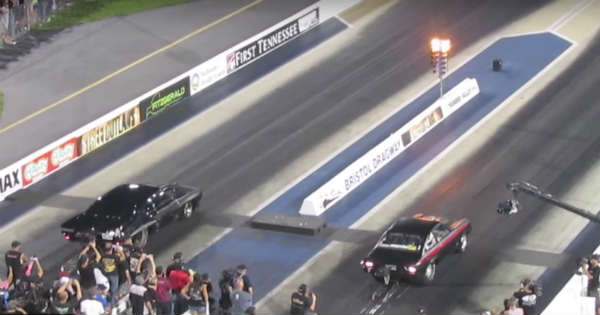 Namely, during the filming of an episode at Thunder Valley in Bristol, Tennessee, Shane and Big Chief went up head to head on the drag strip. Both of the cars were seen warming up their tires and engines just seconds before the race and when everything seemed nice and ready, both of the guys were off to a furious start. However, not every Street Outlaws filming goes as planned and in this one Shane and his Blackbird Vega were involved in a serious crash.

Namely, Shane in the middle of the race suddenly lost control over his vehicles, thus causing it to crash in the side barriers. Everyone went silent for a second and people immediately rushed out for some help. The car itself was absolutely busted and even though we do not see what happened next, we can all hope that he was alright and that Shane recovered just fine soon after.

What do you think, what caused him to lose control?