There are many awesome and shocking stories we hear on daily basis when it comes to cars and the way they became famous over the years. Every time we hear a bit of one such story, we tend to get the wish for more and more, hence we often end up digging up for every detail about it. Hereby, we are going to tell you why these were one of the most legendary Minis that were ever made. The Mini Cooper is a British pride and everyone can recognize this iconic car. Blend the Mini with one of the best bands that have ever existed and you get something utterly amazing. This time we are talking about Ringo Starr’s Mini… 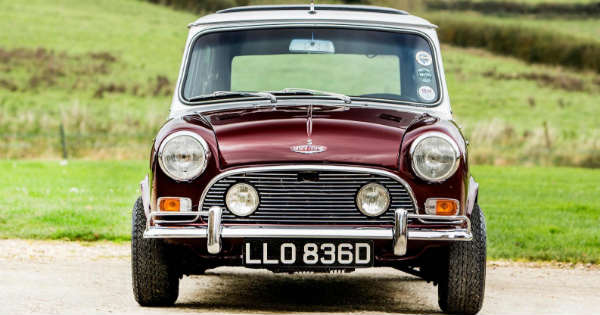 Namely, back in 1967 each member of the Beatles was gifted a Mini by a man called, Brian Epstein. We are sure that you are all familiar to that name, which is also known as the fifth member of the Beatles. Before they became famous worldwide, Brian recognized their talent at a lunchtime gig at The Cavern Club and decided to become their manager.

Each and every one of these legendary Minis was custom made by the luxury coach-builder Harold Radford & Co, which was a company that was previously known for their magnificent work on Bentley cars, especially the Countryman. They made the very well-known version of the Mini, called the Mini de Ville, which was an instant hit.

Their Minis featured leather seats, electric windows, cigar lighter, sliding sun roof, additional sound insulation and much, much more! What do you think about the Ringo Starr’s Mini.