Have you seen this Guinness World Record breaking Jaguar E-PACE? 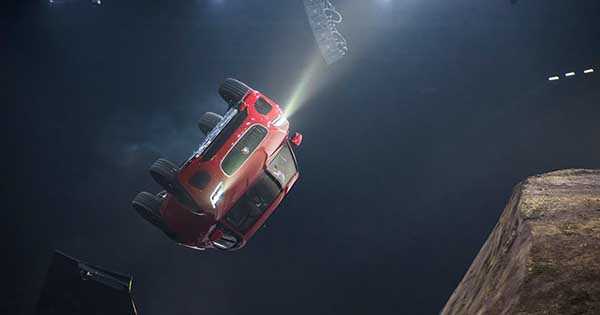 Records are made to be broken. As time flies, most of the records are getting improved and it is a trend which will occur in the future as well. But this is not your usual record breaking video. This is not a track race, nor a drag one; the following will leave you in shock. The Jaguar E-PACE breaks a record and perfectly performs a barrel roll. Though it might seem as the video is made with special effect, it certainly isn`t. The red beast was flying across the arena and managed to complete a staggering 15.3 meters barrel roll.

We see numerous clips from different angles as this event was recorded with many cameras. The record breaking Jaguar E-PACE was driven by the stunt driver Terry Grant.

He is highly skilled and experienced driver, but it was not as easy as it looked. The car jumps of a ramp from its side and starts tilting towards its right side. It landed perfectly on the second ramp whilst rolling for 270°.

It looks utterly awesome, it is a video you simply can`t stop watching over and over again. The brand new E-PACE has proven to be a masterpiece of its own. How cool is that!

On the other hand, check out this record breaking wheelie!