Check out this incredible story about the Police Department in Texas that seize a 1000 HP Corvette and keep it. After a major drug bust in Texas, the law enforcement seized an unbelievable black Chevy Corvette and every one was surprised from this controversial decision. Instead of immediately send the car off to auction and get rid of it, they decided to use the car for their needs. 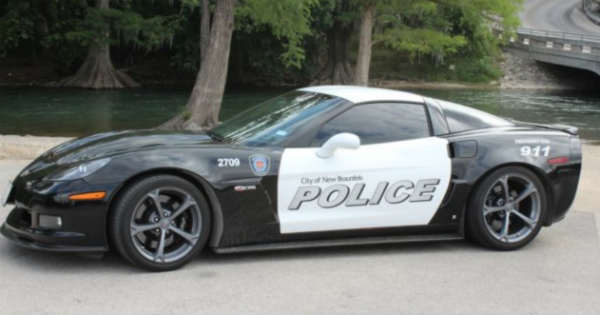 This black beauty was known as  “Coptimus Prime” and unfortunately we don’t know anything about its technical specification. We could only guess what was done with this Vette under the hood, but probably they have put some serious nitrous in order to get to those 1000 HP. However, we are pretty sure the Police would never use that system, even when they will be chasing the bad guys on the highway. According to the information in the LSX Magazine this powerful Chevy Corvette was  seized back in 2011 in a bust with 25 pounds methamphetamine.

Please fell free to share this great post on Facebook with your friends and thanks in advance for sharing your thoughts about this 2007 Chevy Corvette z06 in the comment section below and tell us what do you think.