Among the unfavorable things that can happen if you run on red lights is getting a ticket, however, this Oregon man got fined for just talking about it. Mats Järlström is a guy who lives in Oregon and had a mission to make Oregon`s traffic lights more just. He got this idea after his wife got a hefty ticket for tripping red light camera. Järlström openly said what was on his mind and criticized the devices and its mathematical formulas that are used to time the traffic lights. However, it seems like they don`t take kindly to dissenters. 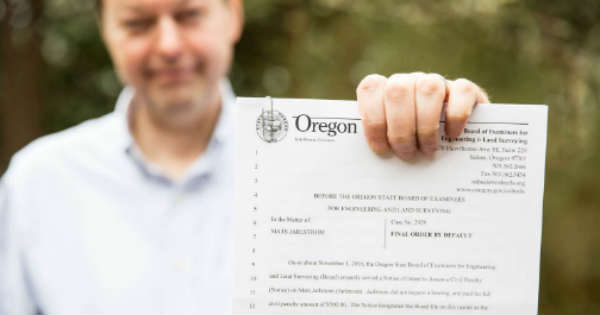 Because he openly spoke his mind, he got fined $500 for breaking a law which prohibits you from giving mathematical criticism without having a license. This is utter nonsense if you ask us. It looks like free speech is often misconstrued. You can`t spread hatred against everyone and anyone and hide behind the blanket called free speech. However, free speech should protect a person to criticize the government. This is exactly what this Oregon man was doing. He opened a debate whether the equation used to govern traffic lights was outdated. But instead of being acknowledged, he got fined for it.

After being fined, he filed a lawsuit. This lawsuit is against a ban on mathematical discussion. The Justice Institute says that this fine was given because Järlström called himself an engineer. As a matter of fact, Järlström has worked on many engineering jobs and also holds a degree in engineering. But, it looks like the problem is Järlström does not have a state license.

Finally, if you want to learn how to obtain the traffic camera video from an accident, click here.