We hear astonishing and hard-to-believe stories almost every day, some of which are even freaky and that is why we take a look at the following video and the story of the new Pontiac car. 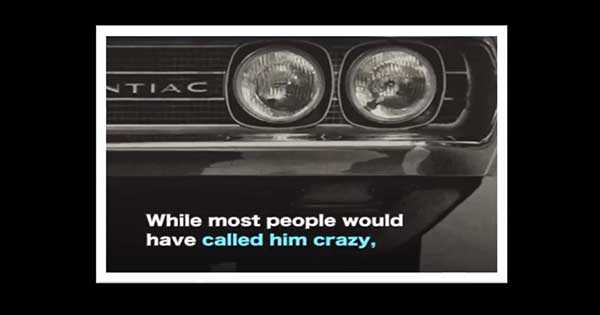 Pontiac has always been striving towards giving each and every customer perfect service. But one day at the General Motors Assembly Plant they received a complaint from a customer simply stating the following “My Pontiac does not like vanilla ice cream”. At first the complaint was not taken for serious, so as the owner of the Pontiac expected. That is why he wrote yet again and this time he thoroughly explained his concerns. He told that his family always eats ice cream after dinner and chose different flavors each time.

But after he had bought the new Pontiac car he had faced a very strange problem. Namely, every time they got a vanilla ice cream, the car simply would not start. This was the only flavor that caused problems to the brand new Pontiac car. Surprising enough, General Motors decided to send an engineer to check out what the problem was. To everyone`s surprise, this complaint was actually true.

The engineer was shocked when he saw it. He checked everything; the gas used, the car model, as well as the time spent to buy the ice cream. He finally realized that it was due to the Vapor Lock in the engine hence it took a little bit longer to get to the vanilla ice cream. Check the video for more!