We all love SUV`s, but the 2018 Range Rover pushes the limits of comfort with its awesome design! It seems to be the image of absolute luxury, refinement and great capability, according to the video. The inside of the new version of the unmistakable classic looks as if it was made for millionaires and kings. It has a new centralized touch screen-based system that makes everything easier, but the rest of the interior design was designed to perfection as well! Range Rover claims that their seating interior is unrivaled in comfort, and I`d sure like to give one of those babies a spin and see if that`s true! 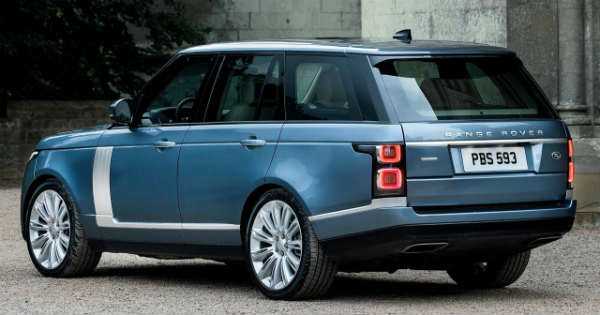 Apparently, the Executive class seats are really comfortable and the extra few feet of legroom are a huge plus as well. The new 2018 Range Rover also has a redesigned exterior. Primarily, its LED headlights have been redesigned to enhance its commanding, vertical stance, but they`ve been changed up in quality as well – now they won`t shine in other driver`s eyes when they come towards you on the road. If you`re worried about hitting a tree, it`s not happening.

The exhaust pipes have been touched up as well, being integrated into the elegance of the SUV, along with the rest of the exterior modifications. Also, you can pretty much control the 2018 Range Rover with your phone, from setting temperature inside the car from a remote distance, to locking and unlocking doors. It even goes as far as to fix bad air inside the car! Now that`s what I call luxury!

Check out the best new perks on the Range Rover line!