EKanoo Racing never fails to surprise and they manage to put the entire automotive community in awe with their new modified Porsche 911 Turbo S. They are last time seen doing 8-second ¼ miles in their 997 GT2. However, the drag monsters based in the Middle East created another insanely fast 911. In this one, they used the AWD 911 Turbo S to be their base car. This video is filmed at the famous Bahrain International Circuit where this 911 Turbo S manages to blast past the ¼ mile mark with a brisk 8.993 seconds. 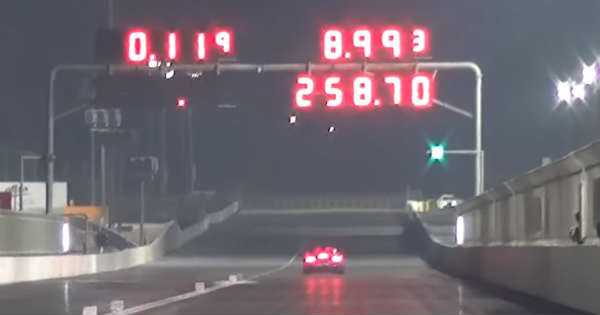 They did this with a top speed of 160.7 miles per hour. EKanoo stated that this is the very first Porsche 911 that broke the 8 second barrier. Having said this, EKanoo with their beasty modified Porsche 911 Turbo S managed to achieve a world record. This Porsche dubbed the ES1XXX was created in alliance with Turkey`s Esmotor. It runs on MS 109 racing gas. Unfortunately, other details about this beasty drag monster are very scarce. However, completely stock Porsche Turbo S that`s from the same era only managed to do 11.2 seconds on a ¼ mile as part of a test done by Motor Trend.

Having said this, it`s pretty safe to conclude that the mods done on this Porsche 911 Turbo S are pretty extensive. For more videos you can check out EKanoo`s YouTube channel because it`s worth looking into. You can find many conventionally-fast cars tuned to be ridiculously faster. For example, you can see a 1000HP Nissan Patrol and a six-second Toyota MkIV Supra.

At last, if you want to see the Lexus RCF built by EKanoo Racing, follow this link!